For someone who's been using the iPhone 7 since 2016, which of these is the best? 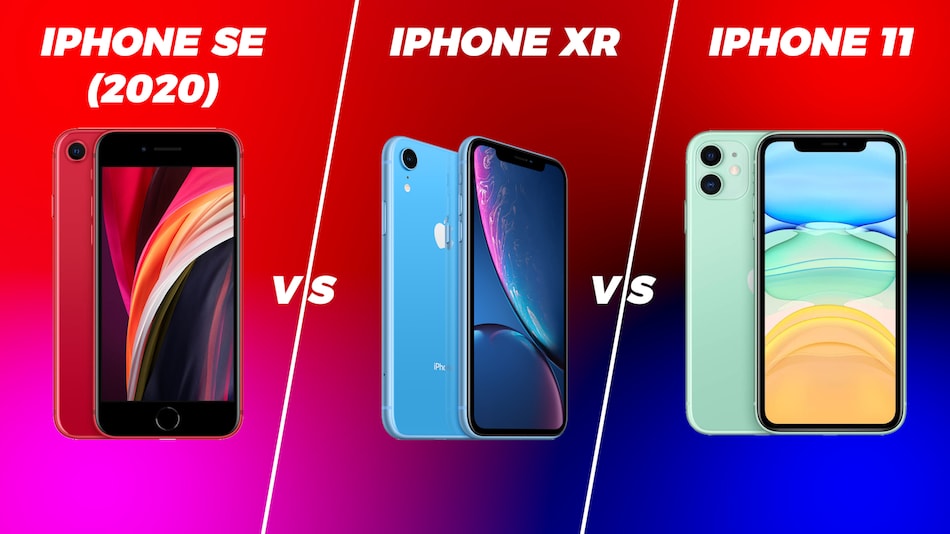 My primary smartphone is this iPhone 7, which I bought in November 2016. I've been using it for almost four years now, and I am planning to upgrade to a new iPhone this year.

Back in 2016, my approach was simple — just buy the latest and greatest iPhone and use it for three years before upgrading. I can't do that this time because there's no way I can afford an iPhone 11 Pro or an iPhone 11 Pro Max. That leaves me with three choices right now — iPhone SE (2020), iPhone XR, and iPhone 11.

The SE (2020) has impressive hardware at a great price, the XR offers amazing battery life, while the iPhone 11 appears to offer the best of both worlds but at a higher price. I'm sure I'm not the only one wondering which of these three smartphones to pick. In this article, let's go through the pros and cons of each of these devices to figure out which one is the best for you, and which one I should buy.

First let's talk about the iPhone SE (2020) since it's the newest of the three smartphones, and the phone that I've been waiting for since the first leaks surfaced.

The three things I like the most about the iPhone SE (2020) are the processor, the price, and the weight.

The A13 Bionic is an incredibly powerful chip, and it's a good deal if you're getting that at Rs. 42,500 onwards. This iPhone SE reminds me of last year's iPad mini, which had launched with a really powerful processor at around Rs. 35,000.

Some of you have been complaining that the iPhone SE (2020) is too expensive in India when compared with its US price. While that's fair, I think the SE's price in India is great when you look at the competition. Apple's most powerful chip paired with years of software updates make this a great deal. To be fair, the SE's price could drop in a few months and it might offer even better value with a sub-Rs. 40,000 price point.

Finally, at 148 grams, the iPhone SE (2020) is the lightest of the three smartphones we're talking about today. It's only 10 grams heavier than my iPhone 7 so the transition should be seamless. But is that really a good thing?

That's actually my biggest concern about buying an iPhone SE. It looks just like my iPhone 7, and if I'm going to spend over Rs. 40,000 on a phone, I'd rather do it on a device that looks modern and stylish. I use my phones for very long, so in a couple of years, I don't want to feel like I've been using the same device for six years. I'd also like to use an iPhone that lasts longer than my 7, and based on information on Apple's website, the SE's battery life is similar to what we'll get on the iPhone 7 and 8. Add to that the 4.7-inch screen, which is tiny by today's standards and isn't big enough for an immersive experience while watching movies or playing games.

Even though there's a lot to like about the iPhone SE, I can't live with those three cons. That's why let's look at my second choice — the iPhone XR. There are three things going for the XR — modern design, battery life, and price. I don't need to elaborate too much about the design. It has a big screen with a notch, and I like this a lot because I don't have to scroll as much while reading and I'll finally be able to enjoy watching movies on a phone. The battery lasts a lot longer than most other iPhones, so that's a major plus. Finally the XR has often been available under Rs. 50,000 for the 128GB variant that I'm eyeing, which is great too. If you're planning to buy an iPhone soon, the SE and XR are in the same price bracket and that makes the difference in design and battery life very important factors.

Having said that, the XR has a slightly older chip — the A12 Bionic — and even though I don't expect any performance issues anytime in the near future, I worry about potential slowdowns after two or three major OS updates. That's where our third and the strongest contender walks in.

Meet the iPhone 11. This is the ideal iPhone for me right now because it has the latest hardware, its camera supports modern features such as Apple's excellent night mode and audio zoom, and its battery lasts even longer than the iPhone XR. You also get extras such as Dolby Atmos support and an IP68 rating for water and dust resistance. The former is missing on the SE and XR, and those devices have an IP67 rating.

However, there's just one problem here and you know it as well as I do. The 128GB variant of the iPhone 11 costs more than Rs. 70,000 and even with a crazy Diwali discount, it's probably not going to be anywhere near the price of the iPhone XR or SE.

Now's the time to decide which one of these three I'd pick. If I had to upgrade the moment smartphone deliveries resume, I'd go for the iPhone XR. It hits the sweet spot between features and price, which makes it perfect for me. Having said that, I'm going to wait till the next wave of iPhones is launched, and hunt for some deals on the iPhone 11. Unfortunately for the iPhone SE (2020), I just don't want another phone that looks like my iPhone 7, so I'm going to pass.