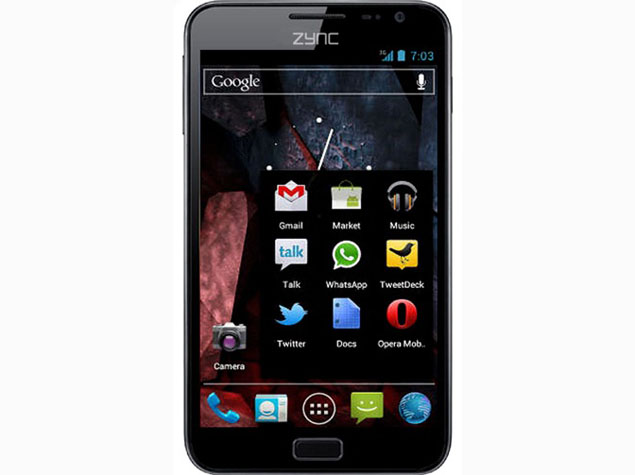 After launching a slew of affordable tablets, Zync now seems to be gunning for the smartphone segment. The deal site snapdeal.com is offering Zync Z5 smartphone on its site for Rs. 9,490.

Zync Z5 is a dual-SIM smartphone that has a 5-inch capacitive display with a screen resolution of 480x800 pixels. It comes with a 1GHz processor and runs on Android Ice Cream Sandwich (Android 4.0.3) and 2500 mAh battery. Apart from this it has 512 MB of RAM and 4GB internal storage, which can be expanded by another 32GB via card. There is an 8 megapixel rear camera on board and a 0.3 megapixel front camera.

Apart from this Zync is currently offering a slew of 7-inch Android-based tablet that include: Zync Z999 Plus that was announced in July, Zync Z-990, Zync Z990 Plus, Zync Z909 Plus and Zync Z-930 launched earlier this month.