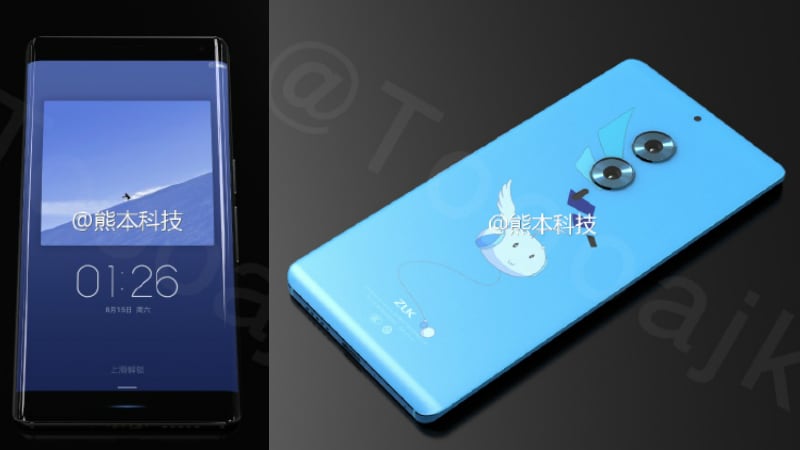 After many leaks, Lenovo launched the Zuk Edge smartphone in December. The smartphone was launched in China and was made available in two variants. Now, just two months post its launch, images of its successor Zuk Edge II special edition images have been leaked, indicating that the launch of the smartphone could happen soon.

The images of the Zuk Edge II smartphone were shared on Weibo, and they reveal a special edition variant commemorating popular Chinese Vocaloid character Luo Tianyi. The images show that the Zuk Edge II will have a vertical dual camera setup at the back, and a dual-edge curved screen in the front. The smartphone has been leaked in Blue and Black colour variants, and it is seen sporting a USB Type-C port.

The speaker grille is also situated at the bottom edge of the Zuk Edge II, while the volume and power buttons are seen on the right edge. Interestingly, there is no space for a dedicated fingerprint scanner at the front or back. There's no clarity on the exact specifications of the device either, and we recommend you to take this leak with a pinch of salt.

If this leak is true, the Zuk Edge II with its dual camera setup and dual edge curved screen is a big upgrade to its predecessor in terms of design. Apart from these images, information about the pricing or availability has not been leaked. But if the leaked features are true, it's safe to say that the Zuk Edge II will be a bit more expensive than the Zuk Edge smartphone.