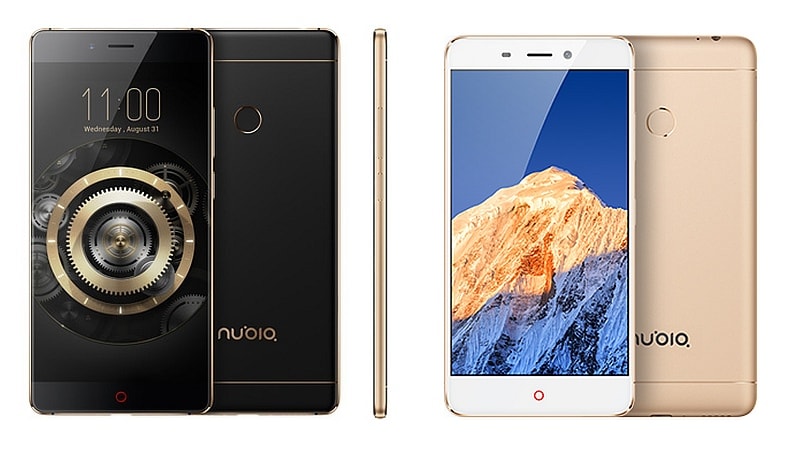 The Nubia Z11 and the Nubia N1 run Nubia UI 4.0 based on Android 6.0 Marshmallow. Both the smartphones also bear a hybrid dual-SIM (Nano-SIM) configuration, with Nano-SIM card in one slot, and a Nano-SIM or microSD card in the other slot.

The highlight of the Nubia Z11 apart from its 6GB of RAM is its processor - it runs on a Qualcomm Snapdragon 820 SoC. It also sports a fingerprint scanner on the rear panel. The smartphone comes with a 5.5-inch full-HD (1080x1920 pixels) 2.5D display, and bears a 16-megapixel rear camera with dual-tone LED flash, PDAF, OIS, and an f/2.0 aperture. It comes with an 8-megapixel front-facing camera with an f/2.4 aperture and an 80-degree wide-angle lens.

Coming to the Nubia N1, its highlights are a 5000mAh battery and a fingerprint sensor at the back that claims to unlock the smartphone in just 0.2 seconds.

Optics include a 13-megapixel rear camera with PDAF, f/2.2 aperture, and LED flash. The selfie camera is also at 13-megapixel with beauty filters, and smart fill light for better night photography. Connectivity options include 4G LTE with VoLTE, Wi-Fi 802.11ac, Bluetooth 4.1, GPS + GLONASS, and USB Type-C support. It will be available in its Gold colour variant.

Obama Administration Proposes That All New Cars Must Be Able to 'Talk to Each Other'
Ahead of Trump Tech Summit, IBM Promises to Hire 25,000 Employees in US