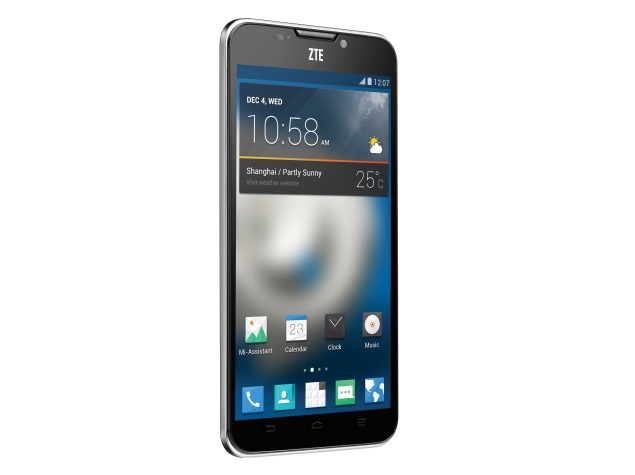 ZTE will unveil the Grand S II in this quarter across 10 major markets, including India, the Chinese-handset maker has said.
Unveiled at CES last week, the ZTE Grand S II comes with a 5.50-inch full-HD display and runs Android 4.3 Jelly Bean. The smartphone is powered by a 2.3GHz Snapdragon 800 chipset alongside 2GB of RAM. There is a 13-megapixel rear camera, while the front houses a 2-megapixel camera. The ZTE Grand S II comes with 16GB inbuilt storage and packs a 3000mAh battery.

ZTE said it aims to garner 10 percent share of the global smartphone market within three years as it expands its portfolio of Grand and Nubia devices, introduces wearable technology products and sets up retail stores across the world.

The firm has less than 5 percent share in the smartphone market, he added.

ZTE, which used to supply handsets to operators, is now betting big on the open market. It aims to increase smartphone sales by 50 percent to 60 million devices this year.

"In most countries, including India, sales from handsets bundled by operators is declining. At the same time, the open handset market is booming led by smartphones. So, we are focusing on offering the latest devices which are at par with products from the likes of Samsung and Apple," Lv said. He added that ZTE sold 40 million smartphones last year

and is looking at sales of 60 million units this year.

In value terms, 30 percent of the smartphones sales are expected to come from 4G LTE devices, Lv said.

Joining the wearable technology brigade, ZTE will launch its 'Grand Watch' by the end of this quarter competing with giants like Samsung and Sony.