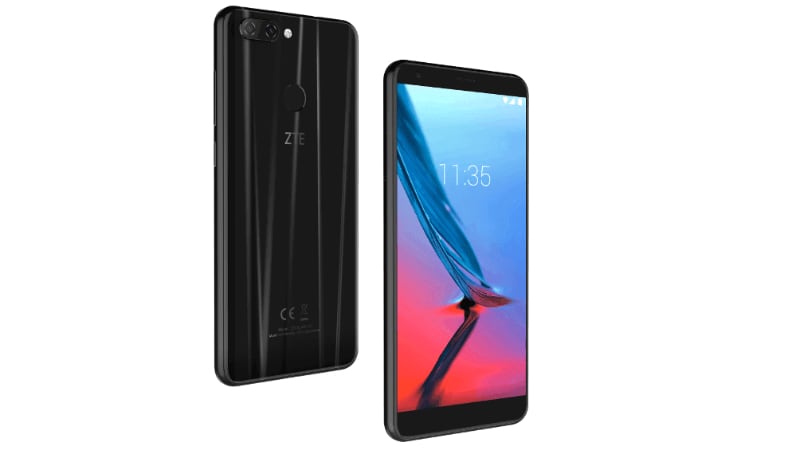 The ZTE Blade V9 is expected to launch at MWC 2018

Chinese handset maker ZTE is rumoured to launch its new budget smartphone, Blade V9, at Mobile World Congress 2018 in Barcelona. Online reports suggest that the upcoming Blade V9 will be "quite affordable" considering its placement in the budget segment.

A report by Android Headlines suggests that ZTE has plans to unveil its Blade V9 at the MWC tech show later this month. The phone is expected to have a shell made out of metal and glass.

According to the report, the upcoming smartphone will sport a 5.7-inch full-HD+ (1080x2160 pixels) display with an obvious 18:9 aspect ratio and on-screen buttons. Apart from that, the Blade V9 is expected to sport a 64-bit, octa-core Qualcomm Snapdragon 450 SoC, coupled with 2GB/ 3GB/ 4GB RAM and 16GB/ 32GB/ 64GB of inbuilt storage. The Blade V9 is also rumoured to have a microSD slot for storage expansion.

In the camera department, the phone is expected to sport a dual rear camera setup, with a 16-megapixel primary sensor and a 5-megapixel secondary sensor. The selfie camera is rumoured to feature a 13-megapixel sensor. The report also suggests the phone will feature a 3200mAh non-removable battery, Android 8.0 Oreo out-of-the-box, a 3.5mm headphone jack, Bluetooth 4.2, and 4G VoLTE. Renders show a rear-mounted fingerprint sensor as well. Dimensions of the handset are claimed to be 151.4x70.6x7.5mm and the weight is supposed to be 140 grams.

The ZTE Blade V9 was previously spotted on ZTE's Spanish website, where most of the specifications and images were leaked.