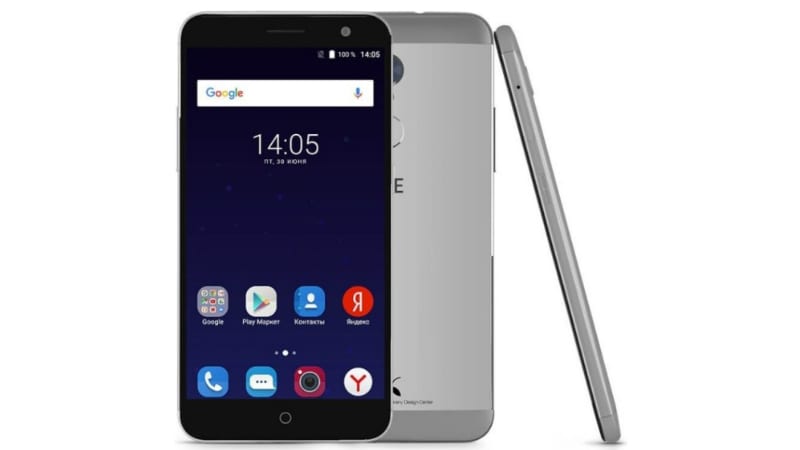 After the ZTE Small Fresh 5 launch last month, the company has now launched a new smartphone in its Blade series. The ZTE Blade V7 Plus smartphone is another variant added to Blade V7 product portfolio, and new features include the addition of a fingerprint scanner. For now, no pricing details have been disclosed.

To recall, the ZTE Blade V7 and Blade V7 Lite were launched back in 2016 at MWC, and this year the Blade V8 variants also started launching at CES and MWC. Now, strangely, ZTE has backtracked and launched the V7 Plus out of the blue with upgraded specifications.

Coming to the specifications, the ZTE Blade V7 Plus runs on the dated Android 6.0 Marshmallow and sports a hybrid dual-SIM slot. It bears a 5.2-inch full-HD (1080x1920 pixels) display with 2.5D glass protection. It is powered by a 1.3GHz MediaTek MT6753 octa-core Cortex-A53 processor paired with Mali-T720 MP3 and 2GB of RAM. The smartphone offers 16GB of internal storage with the option to expand further via a microSD card slot (up to 32GB).

As for optics, the ZTE Blade V7 Plus sports a 13-megapixel rear camera with flash support and phase detection autofocus. At the front, there is a 5-megapixel sensor for selfies and video chats. The smartphone packs a 2500mAh battery that is rated to offer up to 9 hours of talk time and 220 hours of standby time. Connectivity options include GPS, GLONASS, Bluetooth, Wi-Fi 802.11 b/g/n, Bluetooth v4.0, and LTE. The dimensions measure at 148x72x7.5mm, and the smartphone weighs 143 grams.