ZTE Blade V2021 5G has a fingerprint scanner on the back and will come with 5G support, as per a JD.com listing. 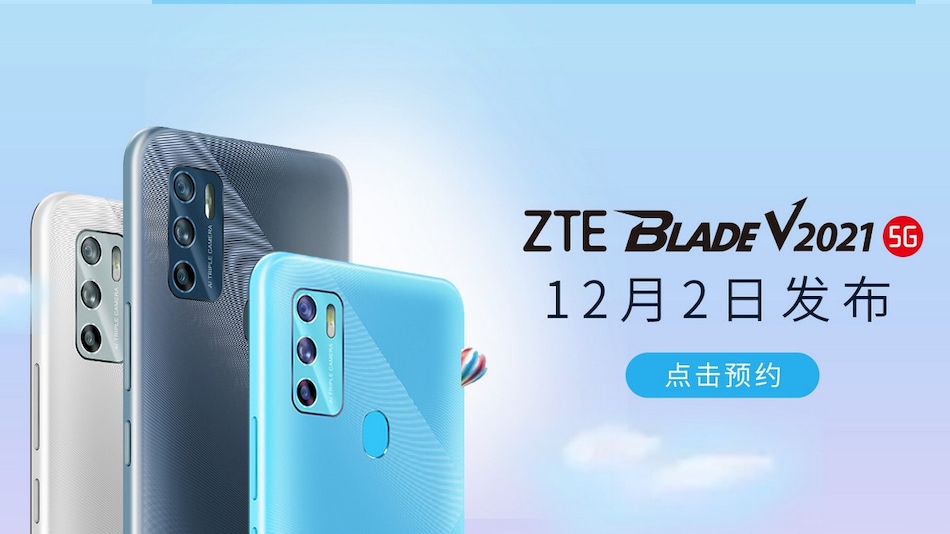 ZTE Blade V2021 5G will be released on December 2, a listing on a Chinese e-retailer website has revealed. The phone will feature a triple rear camera setup headlined by a 48-megapixel sensor. The listing sheds some light on the specifications of the phone along with its design. ZTE Blade V2021 5G will be offered in three colour options and is currently up for reservation, as per the listing. The phone has a notched display and a thick chin, with relatively slim side bezels.

As per the listing on Chinese e-retailer JD.com, ZTE Blade V2021 5G will be launched in China on December 2. It is currently up for reservation and will be offered in three colour options namely, Fantasy Blue, Space Grey, and Space Silver. The listing also states that there will be a press conference for the launch of the phone.

Whether or not the ZTE Blade V2021 5G makes its way to India remains to be seen.

On the front, the ZTE Blade V2021 5G comes with a notch that houses the single selfie shooter. The bezels are relatively slim on the top and the sides but the chin is quite thick. There is a fingerprint scanner on the back. You also get FM Radio, face recognition, ambient light sensor, compass, gyroscope, and proximity sensor. ZTE Blade V2021 5G comes with DTS Sound support, and, as the name suggests, it will also come with 5G support.