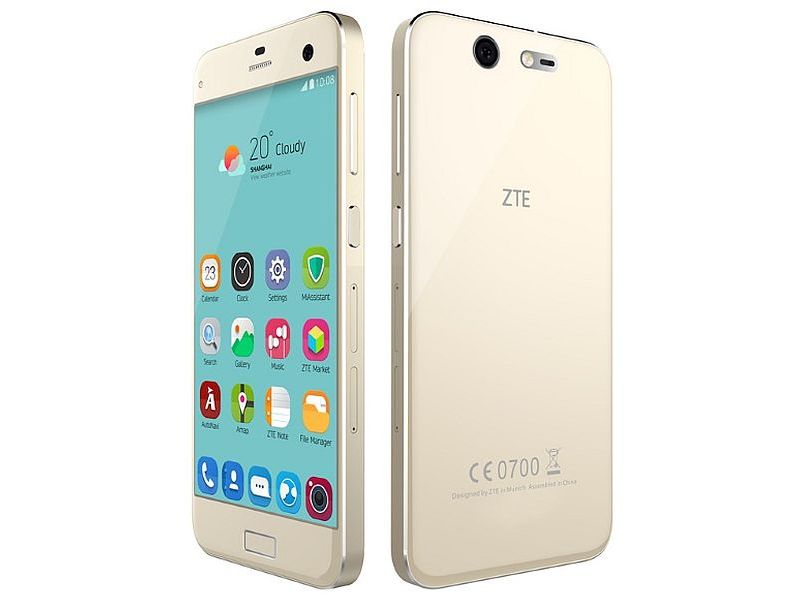 ZTE has unveiled its latest Blade-series smartphone, the Blade S7, in Shanghai. The Chinese company touts that ZTE Blade S7 is 'the perfect smartphone for selfie lovers' and is ZTE's bid to cash in on the popular selfie trend in the market. The company as of now has not revealed pricing of the handset; though has confirmed that it will go on sale first in Thailand and will later be available in other markets across Asia-Pacific.

The new Blade S7 features some gesture controls from its predecessor, the Blade S6. These features dubbed 'Smart Sense' by ZTE include shortcuts such as shaking the smartphone to activate and deactivate the flashlight and gestures such as a 'V' to start music playing and 'O' to stop it, amongst many others. The Blade S7 also sports a fingerprint scanner located on the home button which can be used to lock/ unlock applications and images. The company adds that the fingerprint scanner now comes equips with One Press Launch, a feature that allows users to unlock the device and launch different applications with different fingerprints.

For specifications, the ZTE Blade S7 features Android 5.1.1 Lollipop with customised MiFavor 3.2 UI running on top. It comes with 64-bit Qualcomm Snapdragon 615 processor paired with 3GB of DDR3 RAM, and comes with 32GB of inbuilt storage.

It features a 5-inch full-HD (1080x1920 pixels) LTPS display with 445ppi pixel density. The smartphone comes with aluminium alloy frames and sports a 72.1 percent screen-to-body ratio. The handset also packs Gorilla Glass 3 on both the front and back. The 4G-enabled smartphone bears the usual connectivity options, and is 7.2mm-thick.

Commenting on the launch, "We are delighted to confirm the availability of the ZTE Blade S7, a device packed with a range of fun and innovative features. ZTE is constantly listening to its customers and we wanted to deliver a device that takes the selfie experience to a new level."