ZTE Blade L9 has an 8-megapixel main camera and a 5-megapixel selfie camera. 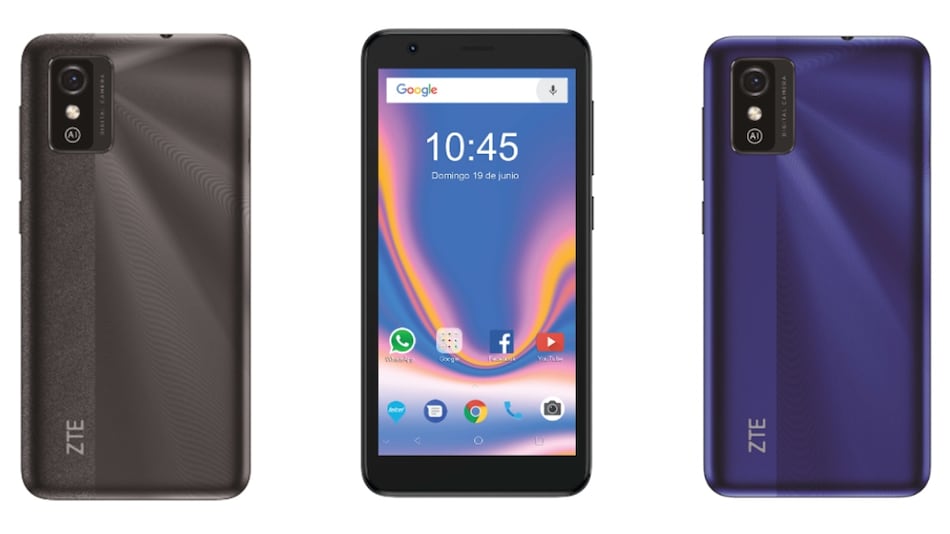 ZTE Blade L9 has been launched in Blue and Gray colours

ZTE Blade L9 smartphone with entry-level specifications has been launched in Mexico. The smartphone comes equipped with a 5-inch display, and 8-megapixel camera for Bokeh-effect in portrait photos, and runs Android 11 (Go Edition). It has thick bezels, and there is a rectangular rear camera module. The power button and volume rocker are on the right edge. Earlier this year, the company launched the ZTE Blade A31 budget-friendly smartphone in Russia which also runs on Android 11 (Go Edition), is powered by a Unisoc SoC, and sports an 8-megapixel rear camera.

The ZTE Blade L9 runs on Android 11 (Go Edition) and features a 5-inch WVGA (480x960 pixels) display with 18:9 aspect ratio. The phone is powered by a Unisoc SC7731e quad-core SoC paired with 1GB of RAM. The smartphone gets 32GB internal storage and a microSD card slot to expand it further up to 128GB.

ZTE Blade L9 sports a single 8-megapixel rear camera which can capture Bokeh-like pictures. At the front is a 5-megapixel camera for taking selfies and video calling. The smartphone packs a 2,000mAh battery and features an intelligent power-saving mode that is claimed to detect and limit high energy consumption.