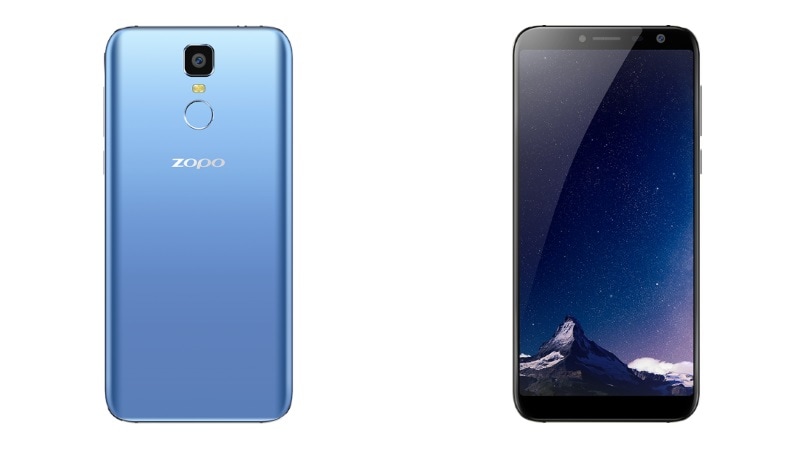 Zopo on Wednesday launched its new Flash X1 and Flash X2 budget-segment smartphones with near bezel-less displays and taller-than-usual aspect ratio of 18:9 in India. The Zopo Flash X1 and Flash X2 have been priced by the company at Rs. 6,999 and Rs. 8,999 respectively and will be made available for purchase in October. However, the company is still looking for an exclusive tie-up with a partner to sell the new smartphones online in the country.

The highlight feature on both new Zopo smartphones is their "Infinity" display that comes with a near bezel-less design and an aspect ratio of 18:9. The Zopo Flash X1 and Flash X2 feature 83 percent screen-to-body ratio, which has been claimed to provide an immersive experience to the users. Notably, these features seem to be inspired from the latest flagships from Samsung. While the Zopo Flash X1 sports a 5.5-inch display with screen resolution of 640x1280 pixels, the Flash X2 packs a 5.99-inch display with 720x1440 pixels display.

Coming to the specifications of the Zopo Flash X1 first, the dual-SIM handset runs Android 7.0 Nougat out-of-the-box. It is powered by a 64-bit quad-core MT6737 processor clocked at 1.3GHz and coupled with 2GB of RAM. In terms of optics, the Flash X1 comes with an 8-megapixel primary camera with Sony's IMX219 sensor and f/2.4 aperture. At front, there is a 5-megapixel camera with f/2.2 aperture.

In terms of storage, the Zopo Flash X1 comes with 16GB of built-in storage, which is further expandable up to 64GB via microSD card. The connectivity options offered with the handset include 4G LTE connectivity, Bluetooth 4.0, Wi-Fi 802.11 a/b/g/n, GPS, and FM. The Zopo Flash X1 weighs 163 grams and houses a 2500mAh battery. The smartphone will be made available in Coral Blue, Alien Black, and Citrine Gold colours.

Moving on to the Zopo Flash X2, the dual-SIM smartphone also runs runs Android 7.0 Nougat out-of-the-box. It is powered by a 64-bit quad-core MT6737T processor clocked at 1.5GHz coupled with 2GB of RAM. In terms of optics, the handset comes with same camera modules as the Flash X1. The handset houses a 3380mAh. Rest of the specifications, including the storage and connectivity options, are same as that on the Flash X1. It will be made available in Coral Blue, Alien Black, and Citrine Gold colours.