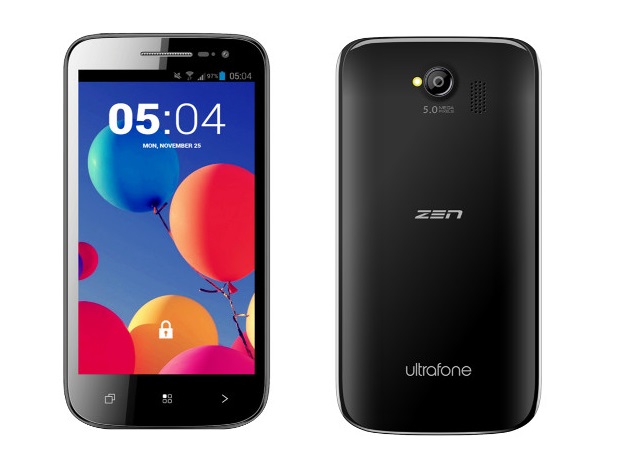 The Zen Ultrafone 504 runs Android 4.2 Jelly Bean and is a dual-SIM phablet with support for GSM+GSM. It features a 5-inch IPS LCD display with 480x800 pixels resolution. The Zen Ultrafone 504 is powered by a 1.3GHz dual-core processor (unspecified chipset) alongside 512MB of RAM.

It sports a 5-megapixel autofocus rear camera accompanied by an LED flash and also includes a 1.3-megapixel front-facing camera. The Zen Ultrafone 504 comes with 4GB of inbuilt storage, which can be expanded up to 32GB with the help of a microSD card. It packs a 2000mAh battery and offers include Bluetooth, Wi-Fi, GPRS, EDGE, GPS/ AGPS and 3G connectivity options.

The Zen Ultrafone 504 is listed on Saholicand was first spotted by Gogi blog.

The Ultrafone Amaze 701FHD features a 13-megapixel autofocus rear camera with LED flash with full-HD recording abilities. It also houses an 8-megapixel front-facing camera. It comes with 16GB of inbuilt storage which is further expandable up to 64GB with microSD card, and packs a 2050mAh battery. Connectivity options on the Ultrafone Amaze include Bluetooth, Wi-Fi, GPS/AGPS and 3G.