Zen Firefox U105 Smartphone With Dual-SIM Support Launched at Rs. 1,999 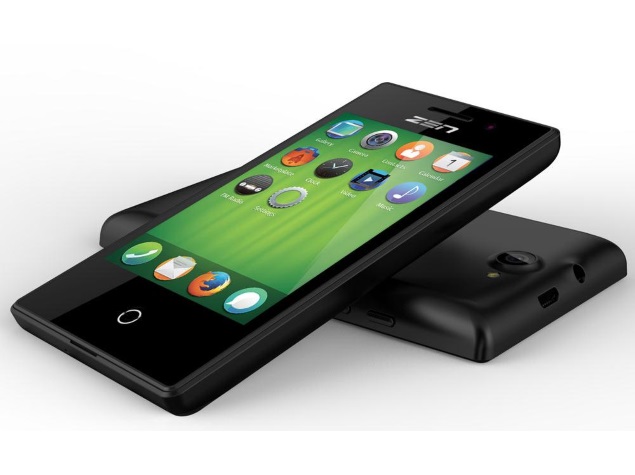 Zen Mobile as promised has launched its first Firefox OS smartphone in India, the Firefox U105, priced at Rs. 1,999.

Zen Mobile's Firefox U105 smartphone was exclusively launched on HomeShop18 on Thursday. The online retailer claims that it sold 15,000 Firefox U150 units on the first day.

The domestic handset maker has joined the Firefox bandwagon in India that already includes three Firefox OS smartphones - Alcatel OneTouch Fire C, Intex Cloud FX, and Spice Fire One Mi-FX 1. Notably, all the four Firefox smartphones available were launched in India within a span of 2 months.

Running Firefox OS, the Zen Firefox U105 comes preloaded with Marketplace, an app store for the platform.

Much like the OneTouch Fire C, Cloud FX and Fire One Mi-FX 1, the Firefox U105 also comes with a 3.5-inch HVGA (320x480 pixel) display; 1GHz processor (unspecified, but probably the Spreadtrum 6821); a 2-megapixel rear camera with flash, and a 0.3-megapixel front-facing camera. It supports dual-SIM (GSM+GSM) and dual standby; however, only 2G (GPRS/ EDGE) connectivity is available. The smartphone is backed by a 1200mAh battery which is rated to deliver up to 5 hours of talk time and 240 hours of standby time.

Other specifications include 256MB inbuilt storage that's expandable via microSD card (up to 16GB). The Zen Firefox U105 will be available in Black colour only.

Considering the price tag of the Zen Firefox U105, it stands alongside the Intex Cloud FX - with both Firefox OS smartphones priced at Rs. 1,999. Alcatel's OneTouch Fire C is still arguably India's cheapest smartphone - priced at Rs. 1,990. Meanwhile, the Spice Fire One Mi-FX 1 at Rs. 2,299 is the costliest of the Firefox OS-based smartphones currently sold in India.