Yu Yutopia Launched in India: Price, Specifications, and Everything You Need to Know 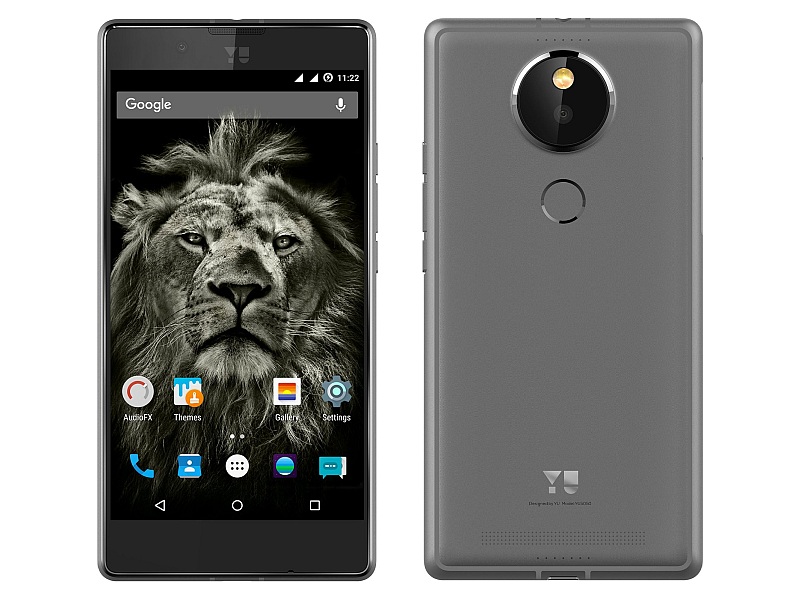 Yu Televentures on Thursday launched its new flagship smartphone, the Yu Yutopia. The handset comes equipped with top-of-the-line hardware specifications at a price tag of Rs. 24,999. The Yu Yutopia will be sold exclusively via Amazon India. Pre-bookings open on Thursday, and Rahul Sharma, Founder, Yu Televentures said that shipping will begin from December 26.

Yu, which is partly owned by Micromax and sells smartphones online, launched its first smartphone, the Yureka in December 2014. The company has since launched three more affordable handsets - Yu Yunique, Yureka Plus, and Yuphoria. For the fifth handset, the Yu Yutopia, the company is aiming at the high-end smartphone market.

The handset is made with aircraft-grade aluminium and sports a 5.2-inch QHD (1440x2560 pixels) Sharp OGS TP OGS display, with a 565 ppi pixel density. It is powered by Qualcomm's Snapdragon 810 SoC (2GHz Cortex-A57 quad-core coupled with 1.5GHz Cortex-A53 quad-core), coupled with the Adreno 430 GPU and 4GB of LPDDR4 RAM. On the storage front, it has a 32GB inbuilt memory, which can be expanded via microSD card (up to 128GB).

On the photography front, it has a Sony-made 21-megapixel rear camera (Exmor RS IMX230 sensor) with true tone dual-LED flash, a 5P lens, and OIS, apart from an 8-megapixel front-facing camera also with a 5P lens. The rear camera can shoot 4K videos. The dual-SIM capable smartphone (Micro-SIM and Nano-SIM) supports 4G LTE, 3G, Wi-Fi, and other standard connectivity features. It bears a 3000mAh battery, with Quick Charge 2.0, capable of reaching from 0 percent to 60 percent charge in 30 minutes.

On the software front, the Yu Yutopia runs Cyanogen OS 12.1, which is based on Android 5.1.1 Lollipop. Yu is also touting an preloaded app called Around Yu - which turned out to be the second launch due on Thursday - a discovery aimed to help users finding what they are looking for, such as hotel and flight booking, as well as shopping. It can be accessed by swiping right from the home-screen. The smartphone also comes preloaded with Gaana as the default music player, apart from music streaming.

The other highlight of the handset is the onboard fingerprint sensor, which can also be used to take selfies. The Yu Yutopia comes with Little Bird earphones bundled in the box, made by House of Marley. The company is also touting DTS audio experience, with three microphones enabling active noise cancellation.

Yu has also announced an Assured Upgrade Programme, meant to give Yutopia buyers the option of an assured upgrade to Yutopia 2. The company said during an 'upgrade window' around the Yutopia 2's launch, Yutopia owners can avail of a 40 percent cashback when buying the new smartphone and exchanging the old one.

Commenting on the launch, Sharma said, "We commenced our exciting journey at Yu a year ago with a promise of making technology more simplistic and the smartphones an enabler of our daily tasks. We are extremely euphoric to complete our first year with a bang as today's launch reaffirms our promise of doing everything that's exciting and new. Yutopia is a revolutionary product that is packed with the compelling 'Around Yu' services, making the smartphone literally five years ahead of any other device."

"Cyanogen is excited to continue our partnership with Yu with the launch of Yutopia," said Kirt McMaster, CEO of Cyanogen. "We built Cyanogen OS to be a better Android, with thousands of enhancements beyond stock Android. We know that consumers will love Yutopia's impressive combination of hardware and Cyanogen OS."