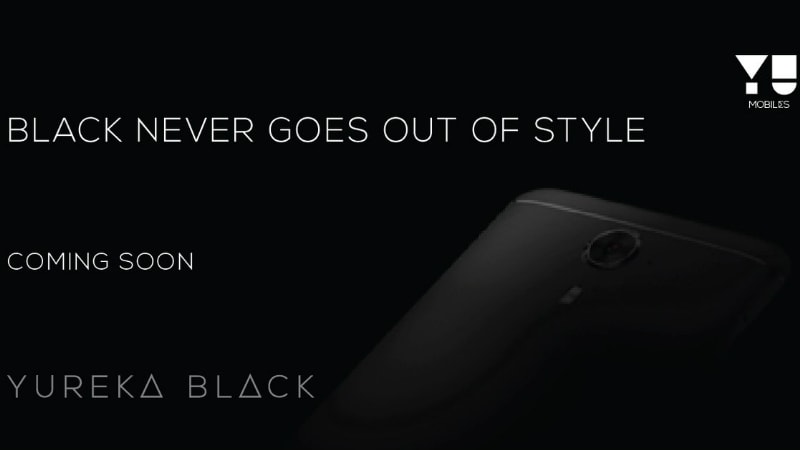 Micromax subsidiary Yu Televentures has now announced that it is launching the Yureka Black in the country soon. This comes soon after reports of Micromax shutting down Yu Televentures started doing the rounds.

Yu has tweeted a teaser image, confirming an imminent launch. Whether this is a brand new smartphone launch, or just a Black colour variant of its 2014 Yu Yureka, that remains to be seen (however, the latter would be rather disappointing and pointless). Yu Mobiles has refrained from giving any further details on the subject, apart from the fact that the 'Yureka Black' will be launching soon. The teaser image also has a faint snapshot of the back of the smartphone, and it shows antenna bands on the top chin, with the camera and flash placed in the top-centre. The back of the device looks starkly different from the Yureka launched back in 2014, so this looks like a new variant, with better design and specifications, just like the Yureka Note, Yureka Plus, and Yureka S.

So far, Yu has launched nine smartphones in two years, and the last two phones Yureka S and Yunique Plus were launched in August 2016. A separate sketchy report from TeleAnalysis suggests that Micromax is shutting down 'Yu Mobiles' citing reasons like 'the parent company, Micromax, has failed to find any differentiating value for YU Mobiles'.

In any case, Micromax looks like it's not yet done with the Yu brand for now. The company is gearing up for a new smartphone launch, and if tradition is to hold any testimony, bit by bit details will be divulged as time progresses.