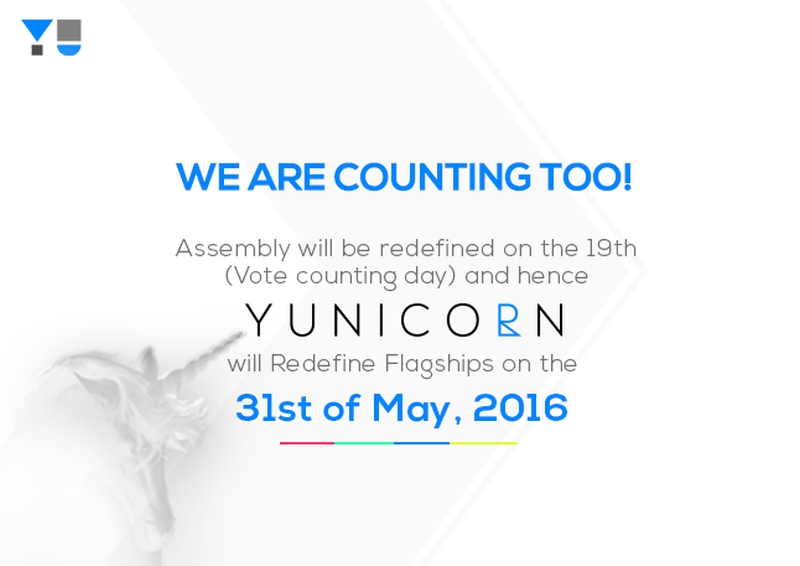 Micromax subsidiary Yu Televentures on Wednesday announced the new date for the launch of its latest flagship smartphone, the Yu Yunicorn. It will now be launched at a New Delhi event on May 31.

The company postponed Thursday's launch earlier this week, saying the event would have clashed with election results of five states that are due out on the same day.

The company started sending media invites for an event on Thursday earlier this month where the company confirmed to unveil its next flagship smartphone - the Yunicorn. The teaser shared by Yu had hinted that the Yunicorn flagship might be priced competitively.

Yu has already confirmed that the next flagship will run Android with a deep integration of Around Yu, a service aggregator platform that was introduced last year alongside the Yutopia smartphone. Yu is expected to sell the Yunicorn flagship via online channels only.

The company had recently also detailed its "Project Highway" which is a way the company wants to enable the community developers and others to contribute to the company's source code.