YotaPhone Dual-Screen Smartphone Set to Launch in India via Flipkart 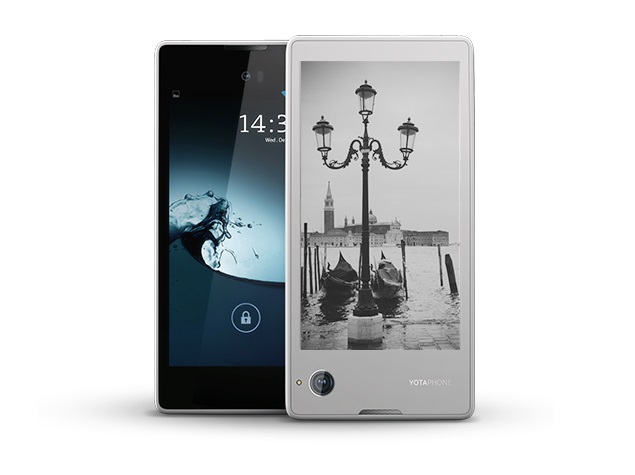 It seems Yota Devices, the Russian company popular for its dual-display YotaPhone, is all set to launch its first device in India, if a newsletter from Flipkart is to be believed.

The e-commerce giant spilled the beans about the launch of the dual-screen smartphone in a newsletter sent to the affiliate partners.

Unfortunately, the newsletter only mentions the Yota brand; however, listed alongside Flipkart's other exclusive smartphone offerings from handset makers such as Motorola, Xiaomi, Asus, Huawei, Lenovo, and Spice Android One.

As of now, there is no word about the exact launch day or pricing details about the YotaPhone expected to launch in India, or even which model.

Yota Devices have launched two smartphones thus far. The first generation YotaPhone was unveiled at CES last year while started shipping only by December 2013. The company upgraded its original dual-screen smartphone at MWC with the next-generation phone called YotaPhone 2.

The company at the launch had claimed that the new YotaPhone (2014) is more 'intuitive and interactive', with new hardware and software features, than its predecessor. One of the biggest upgrades in the new device is the full-touch control for its always-on E-ink display, something missing in previous generation device. The new YotaPhone will launch Europe in late 2014, and thereafter in 2015 make its way globally. For now, no pricing details have been given.

The YotaPhone 2 comes with a quad-core Snapdragon 800 processor and features a 4.7-inch E-ink display. The smartphone is Android-based, and as for version, Yota Devices had only said 'latest' version at the time of launch. The front display, a 5-inch AMOLED offering, bears a resolution of 1080x1920 pixels, with a pixel density of 442ppi. The next-generation YotaPhone is powered by a 2.3GHz quad-core Snapdragon 800 MSM8974 processor with an Adreno 330 GPU, coupled with 2GB of RAM. It includes 32GB of built-in storage (no details about microSD card slot) and sports an 8-megapixel rear camera with LED flash alongside a 2-megapixel front-facing camera. The handset measures 8.9mm thin and weighs 140 grams. It supports nano-SIM, 2550mAh battery and comes with 4G LTE, Wi-Fi 802.11 a/b/g/n/ac, USB 3.0, Bluetooth v4.0, GPS/ A-GPS and Glonass, and NFC connectivity options.