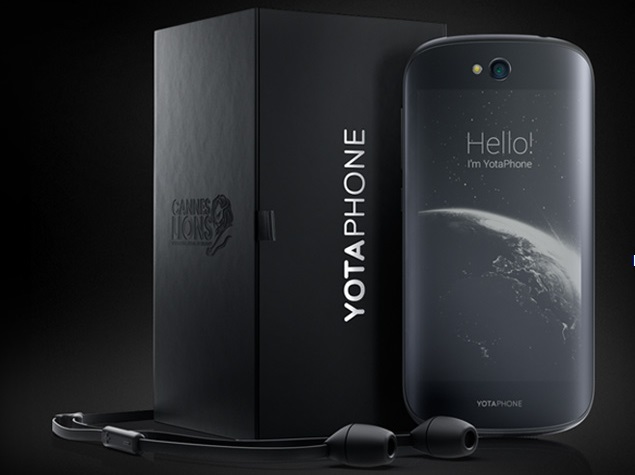 Yota Devices on Tuesday announced availability details of YotaPhone 2 for the European market. The company revealed that the YotaPhone 2 will go on sale this month in Russia at RUB 33,000 (approximately Rs. 37,500).

The company further added that the YotaPhone successor will be available in 20 European markets by end of this year, while will head to China and rest of Asia Pacific early next year. According to Sputnik, the YotaPhone 2 will also be launched in Canada and Latin America next year. 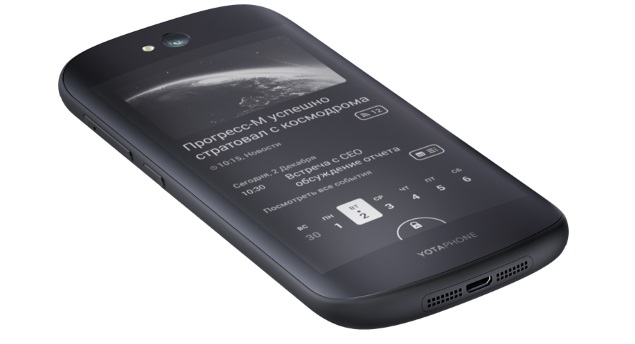 The YotaPhone 2 runs Android 4.4 KitKat out-of-the-box and is powered by a quad-core Qualcomm Snapdragon 800 processor clocked at 2.2GHz alongside 2GB of RAM. The smartphone includes 32GB in-built storage (non-expandable).

It sports an 8-megapixel rear autofocus camera with LED flash, while there is 2.1-megapixel front-facing camera also onboard. It packs a 2500mAh battery and supports wireless charging. Connectivity options on the YotaPhone 2 include Wi-Fi (802.11 a/b/g/n/ac), Micro-USB, Bluetooth 4.0, NFC, A-GPS, and GLONASS.

Yota Devices in October launched the first-generation YotaPhone and was priced at Rs. 23,499. The dual-display YotaPhone was exclusively launched via Flipkart in India.