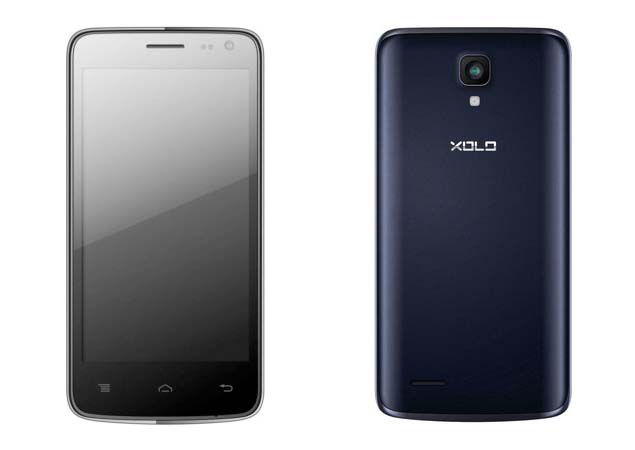 Xolo is all set to launch a new smartphone in the Indian market. Dubbed the Q700, the smartphone will be available in the market for Rs. 9,999, making it the most affordable quad-core offering from Xolo.

Moreover, Xolo Q700 is also the first smartphone from Xolo to offer Android 4.2 (Jelly Bean) out of the box. Internally the Xolo Q700 will pack in 1.2GHz quad-core processor with PowerVR SGX544 GPU. The smartphone also offers 1GB of RAM and 4GB of internal storage, which can be expanded by up to 32GB.

For camera, there is a 5-megapixel rear camera and a 0.3-megapixel front-facing camera. It is a dual-SIM smartphone that also supports Wi-Fi, Bluetooth and 3G connectivity options. This smartphone will not come in traditional colours such as Black, White or Silver but will be available only in Brown and Blue colour.

This smartphone is already listed on Flipkart.com but the price isn't shown. We are not sure when this smartphone will be officially launched, but it should be available in this week itself.

Xolo is already offering its Q800 smartphone, which comes with 4.5-inch qHD IPS display. Priced at Rs. 12,499, this smartphone is powered by 1.2GHz quad-core processor along with PowerVR SGX544 GPU. Internally, the device packs in 1GB of RAM and 4GB of internal storage, which can be expanded by up to 32GB via microSD card. It runs on Android 4.1 (Jelly Bean). There is an 8-megapixel autofocus rear snapper with LED flash, a 1.2-megapixel front camera.

Xolo Q800 is one the star products for the company and with Q700 the company is trying to make quad-core smartphones more affordable. Recently Intex too had launched Intex Aqua Wonder Quadcore for Rs. 9,990. In addition to Intex, Karbonn too is offering Karbonn S1 Titanium and Karbonn S5 Titanium smartphones at a similar price point.