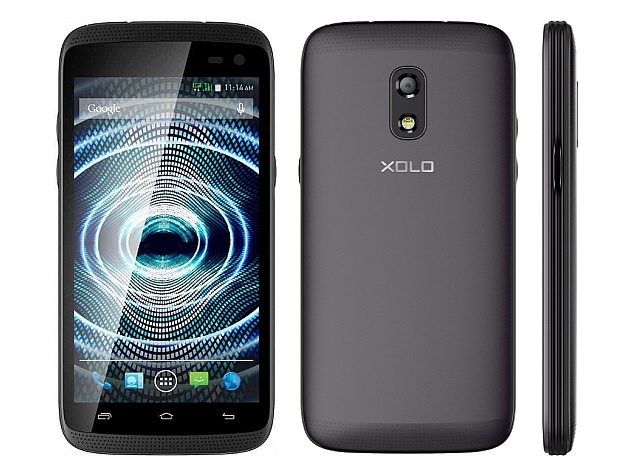 Xolo's Q700 Club, a budget smartphone which was seen listed with price on the company site last week, has now been launched officially by the firm in the midst of CES 2015. The smartphone is exclusively available from Snapdeal at Rs. 6,899, which is less than the Rs. 6,999 price tag seen previously on the company website listing.

The Xolo Q700 Club smartphone sports front dual speakers, which is a highlight of the device, and it also comes with free unlimited music and video downloads for 3 months on pre-installed Hungama Music app. Another notable feature of the smartphone is that it comes with IP55 certification that protects the handset from some amount of dust and water.

The Xolo Q700 Club comes with 8GB of inbuilt storage, which is further expandable via microSD card (up to 32GB). It sports a 5-megapixel rear camera with LED flash, while there is a secondary 0.3-megapixel front-facing camera also onboard. The Xolo Q700 Club rear camera features scene detection, face recognition, Panorama, geo tagging, best shot, Smile shot, and HDR options. It also features sensors such as accelerometer, ambient light sensor, and proximity sensor.

On the connectivity front, the Xolo Q700 Club offers 3G, GPRS/ EDGE, A-GPS, Wi-Fi 802.11 b/g/n, Micro-USB, and Bluetooth options. The smartphone packs a 2000mAh battery, which according to the official listing is rated to deliver up to 9 hours of talk time, and up to 550 hours of standby time on 3G networks. It measures 134.6x67x10.8mm and is listed in Black colour.