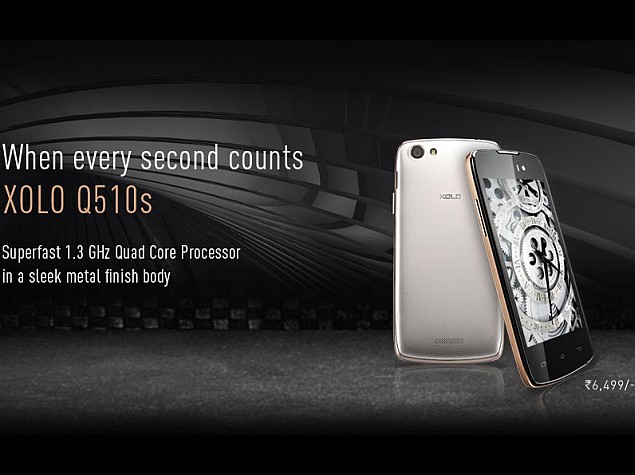 Xolo has launched a new budget smartphone, the Q510s , listing it on its site at Rs. 6,499. The company has yet to announce official availability however.

As per its listing on the company website , the Xolo Q510s is powered by a 1.3GHz quad-core MediaTek MT6582M processor coupled with 1GB of RAM, and Mali 400 GPU clocked at 416MHz. It comes with 8GB of inbuilt storage, which is further expandable via microSD card (up to 32GB). It sports a 5-megapixel rear camera with LED flash, while there is a secondary 0.3-megapixel front-facing camera also onboard. The rear camera features scene detection, face recognition, Panorama, geo-tagging, Best shot, Smile shot, and HDR options.

Xolo in August introduced three handsets running Android 4.4 KitKat, including the Q510s. The other two KitKat-based handsets are Xolo A1000s and Play 8X-1200. It is worth noting that out of the two aforementioned handsets, the Play 8X-1200 was announced officially last week at Rs. 19,999.