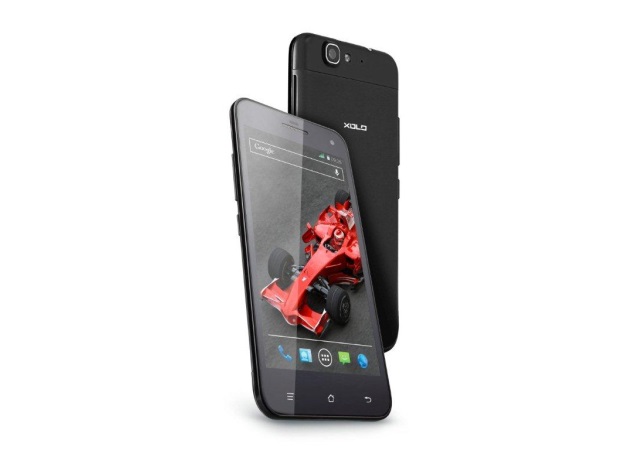 The Xolo Q1000S features a 5-inch HD IPS display with OGS display technology and boasts a resolution of 720x1280 pixels with 294ppi pixel density. It runs on Android 4.2 Jelly Bean. The device is powered by 1.5GHz quad-core MediaTek 6589T processor paired with 1GB RAM. It also comes with 16GB of internal storage which is non-expandable and measures 6.98mm in thickness.

The Xolo Q1000S sports a 13-megapixel rear camera with BSI 2 sensor with LED flash and a 5-megapixel front-facing camera. The rear camera is capable of recording full-HD videos and also comes with image stabilisation technology. Other features of camera are scene detection and tuning, high dynamic range (HDR), low-light enhancement, face recognition, burst mode feature to capture up to 99 shots, Panorama and geo-tagging. The handset packs in a 2500 mAh battery that can give up to 327 hours of standby time and about 23 hours of talk time, as per the company. Connectivity options include GPRS, EDGE, Bluetooth, Wi-Fi and 3G.

Earlier this month, the company had launched the Xolo A500S. The Xolo A500S features a 4-inch WVGA display that has a resolution of 480x800 pixels and pixel density of 233 Pixels Per Inch (PPI). The device is powered by a 1.2GHz dual-core processor with 512MB of RAM and a Mali-400 MP GPU. It includes a 5-megapixel rear camera accompanied by an LED flash and a VGA front facing camera. The rear camera can record videos up to 720p resolution. The Xolo A500S runs Android 4.2 Jelly Bean. It also includes 4GB of internal storage that can be expanded up to 32GB through microSD card. It is a dual SIM device with support for GSM+GSM with dual standby. Connectivity options include Wi-Fi, Bluetooth, GPRS, EDGE, 3G, and Micro-USB. Other features include an accelerometer, ambient light sensor, proximity sensor and AGPS. The Xolo A500S is backed by a 1400mAh battery.