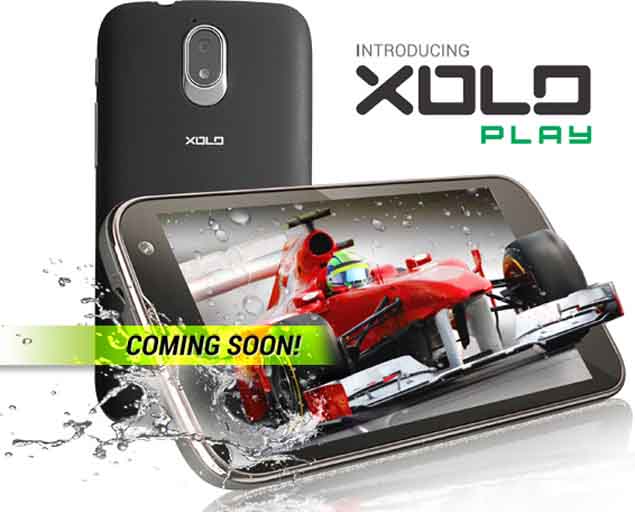 Xolo is all set to launch a smartphone with Nvidia Tegra 3 processor. The smartphone is dubbed Xolo Play and will be available starting July 15, 2013 for Rs. 15,999.

The smartphone will have 4.7-inch display with a resolution of 720X1280 pixels and pixel density of 312ppi. Xolo Play will be powered by 1.5GHz quad-core Nvidia Tegra 3 processor with 416MHz 12 Core Nvidia ULP GeForce GPU. Internally, the smartphone will have 1GB of RAM, 4GB of internal storage, which can be further expanded by up to 32GB through a microSD card.

Xolo Play will run on Android 4.1.1 (Jelly Bean). For camera, there is an 8-megapixel rear camera with BSI sensor and a 2-megapixel front snapper. The smartphones comes with a 2,000mAh battery on board. The rear camera also supports 1080pixel video recording.

The company is already promoting Xolo Play on its Facebook page, as the "next big thing in gaming". Xolo Play will support Nvidia Tegra games through Nvidia TegraZone.