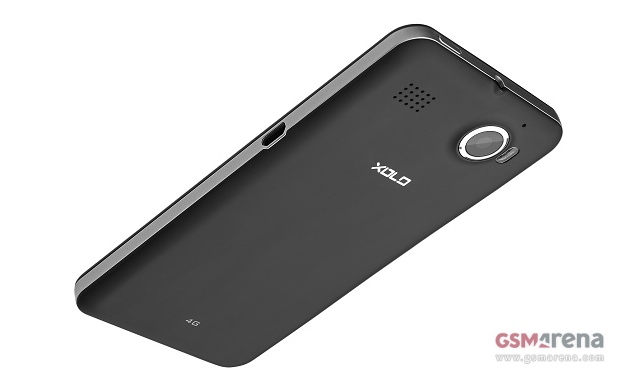 We could soon see a new 4G-enabled smartphone from an Indian smartphone brand, if a new rumour is to be believed.

While international brands like LG and Samsung haven't launched the 4G version of their latest smartphones in India, Indian handset brand Xolo could launch a 4G-data capable smartphone, named the Xolo LT900, according to a report by GSMArena.

The online publication cites a tipster as the source of the information and adds that the rumoured Xolo LT900 smartphone will be powered by a 1.5GHz Qualcomm Snapdragon S4 processor. The tipster has even sent a press render of the smartphone that features Xolo branding at the back in addition to a '4G' mark.

The rumoured Xolo LT900 is said to feature a 4.3-inch HD IPS OGS display with a pixel density of 341 ppi, and an 8-megapixel rear camera with BSI sensor. No other details related to the specifications of the phone are known, at this point in time.

The report mentions that the Xolo LT900 could be unveiled as soon as the first week of November.

It's worth pointing out that Indian telecom operator, Airtel had in partnership with Huawei launched the LTE version of the Ascend P1 smartphone in October 2012, which was said to be India's first LTE-TDD smartphone. Airtel had said that the phone would be specially equipped to use Circuit Switched Voice Fall Back technology to support voice calls over 3G, as under the current 4G license, Airtel can only provide 4G data services. However, the phone is still not widely available.

Airtel, offers 4G services in the select regions of Bangalore, Pune, Kolkata, and Chandigargh on the 2.3GHz TD-LTE network band (Band 40). However, it plans to expand to other markets. It recently acquired 100 per cent stake in Wireless Business Services (WBSPL), a company founded by US chipmaker Qualcomm which has 4G licences and spectrum for New Delhi, Mumbai, Haryana and Kerala. Reliance Industries is also expected to soon unveil its 4G services under the Jio brand-name. It recently won a unified telecom licence that will enable it to offer voice telephony and high speed data services across the country.