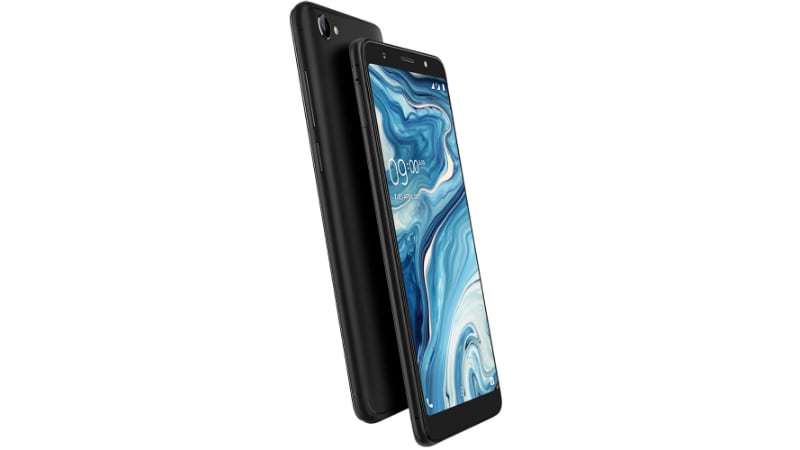 Xolo Era 5X with a 13-megapixel camera at the front and back, as well as an AI Studio Mode, has been launched in India. The new phone was notably announced alongside the launch of the Era 4X back in January this year. Key highlights of the Xolo Era 5X include an HD+ display, MediaTek Helio A22 SoC, and a 3,000mAh battery. The Era 5X also comes preloaded with a list of features, including Face Unlock, Smart Gestures, AI Battery Manager, Message Translation, and App Encryption among others. Lava brand Xolo has announced its tie-up with Reliance Jio to offer a Rs. 1,200 worth of cashback to customers purchasing the new phone.

The Xolo Era 5X price in India has been set at Rs. 7,499. The phone comes in a Black colour option and will go on sale in the country through Amazon and Flipkart.

As we mentioned, Xolo announced the Era 5X alongside launching the Era 4X in January. The brand at that time didn't reveal any price and availability details of the new model.

The dual-SIM (Nano) Xolo Era 5X runs Android 8.1 Oreo with Star OS 5.0. The phone also features a 5.7-inch HD+ IPS In-Cell display along with an 18:9 aspect ratio and 282ppi of pixel density. Under the hood, there is a quad-core MediaTek Helio A22 SoC, coupled with 3GB of RAM.

There is a list of features that come preloaded on the Era 5X, including Portrait Lighting, Real-time Bokeh, Face Beauty, HDR, Super Night, Panorama, and GIFModel among others. Xolo has also provided its AI Studio Mode. Furthermore, the handset has a Video beauty mode, QR code scanner, and AR sticker access.

The Xolo Era 5X has 32GB of onboard storage that is expandable via microSD card (up to 128GB). Connectivity options on the phone include 4G LTE, Wi-Fi 802.11 b/g/n, Bluetooth v4.1, GPS/ A-GPS, Micro-USB, and a 3.5mm headphone jack. Sensors on board include an accelerometer, ambient light sensor, fingerprint sensor, and a proximity sensor. Lastly, the phone packs a 3,000mAh battery and measures 152.2x73x7.9mm.