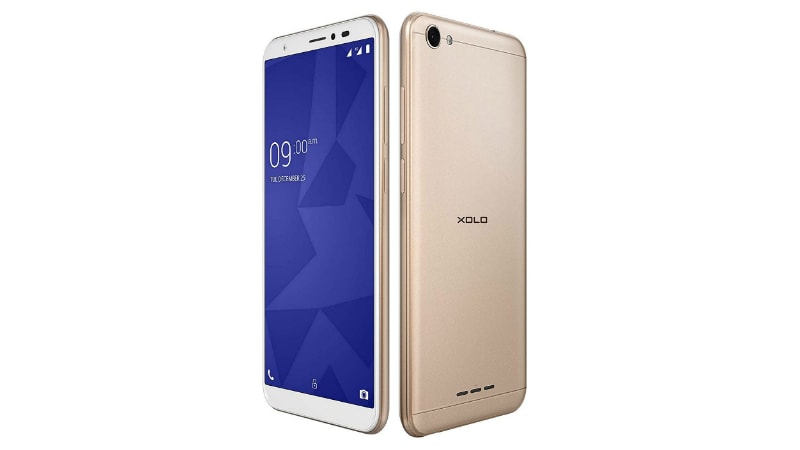 Xolo Era 4X is now available for purchase in India. Lava brand Xolo launched the Era 4X last week as its new model after more than a year-long interval. The smartphone comes with all 22 official Indian languages. Also, the Xolo Era 4X comes in two different variants - one with 2GB RAM and running Android 8.1 Oreo, while the other one carries 1GB RAM and runs Android 8.1 Oreo (Go edition). Both variants of the Era 4X have 16GB of onboard storage. The handset also features an HD+ display with a 2.5D curved Corning Gorilla Glass. It also comes preloaded with a Bokeh mode.

The Xolo Era 4X price in India has been set at Rs. 4,444 for the 1GB RAM variant that is based on Google's Android Go programme. However, the 2GB RAM variant of the Xolo Era 4X comes at Rs. 5,555. Both variants with a single, Gold colour option are exclusively available for purchase through Amazon.in.

Furthermore, there is a 30-day Money Back Offer under which customers get the option to return the handset within 30 days of purchase through any Xolo service centre and get their money back.

Xolo has partnered with Reliance Jio to offer a Rs. 1,200 worth of instant cashback and 50GB additional 4G data on recharging with Rs. 198 or Rs. 299 option. The cashback will be available in the form of 24 vouchers of Rs. 50 each that will be credited to the MyJio account of customers.

As we mentioned, the Xolo Era 4X was launched in India last week with a few of details around its specifications. Xolo also announced through a press release on Wednesday that it plans to expand the Era 4X series with the launch of a 3GB RAM variant in the coming future.

Xolo has provided a 1.5GHz quad-core SoC, coupled with 2GB of RAM for the regular Android Oreo variant, while its Android Go model comes with 1GB of RAM. The smartphone also has 16GB of onboard storage that is expandable via microSD card.

For taking pictures and recording videos, the Xolo Era 4X sports an 8-megapixel autofocus camera sensor at the back along with an LED flash. There is also a 5-megapixel sensor at the front for selfies and video chat along with screen and LED flash support. Moreover, the smartphone comes preloaded with a Bokeh Mode.

The Xolo Era 4X has 4G LTE, Wi-Fi, Bluetooth, GPS/ A-GPS, Micro-USB, and a 3.5mm headphone jack. Sensors on board include an accelerometer, ambient light sensor, and a proximity sensor. The smartphone doesn't have a fingerprint sensor, though it comes with a face unlock feature. Besides, the Xolo Era 4X packs a 3,000mAh battery with an AI technology.