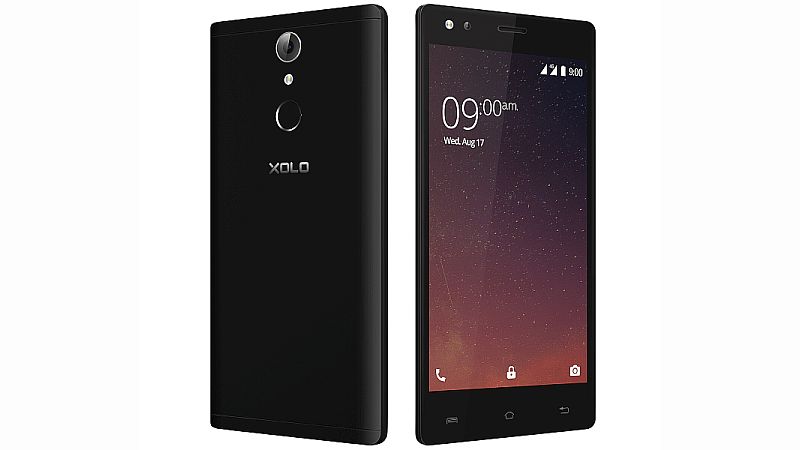 Xolo on Wednesday launched three new Era-series smartphones, the Era 3X, Era 2V, and Era 3, in India. The new Xolo Era 3X, Xolo Era 2V and Xolo Era 3 will be going on sale starting Saturday via Flipkart exclusively. All three smartphones are up for pre-orders on the e-commerce website.

The domestic Indian manufacturer also announced that all three smartphones will come with one-time screen replacement offer valid for one year from the date of purchase. The Xolo Era 3 is priced at Rs. 4,999 and will come in Slate Black colour; the Xolo Era 2V will be available at Rs. 6,499 in Jet Black, and Xolo Era 3X is priced at Rs. 7,499 in Pash Black colour. Xolo is targeting selfie-obsessed users with its new Era smartphones which come with moon light flash.

Starting with Xolo Era 3X, it features a 5-inch HD IPS display with Corning Gorilla Glass 3 for protection and comes with 3GB of RAM. There's 16GB storage which is expandable via microSD card (up to 32GB). The Era 3X sports 13-megapixel autofocus rear camera with LED flash and f/2.2 aperture. The handset also packs a 13-megapixel front camera with the same aperture lens. It is backed by a 3000mAh battery and comes with fingerprint scanner.

The Xolo Era 2V features a 5-inch HD IPS display and comes with 2GB of RAM. There's 16GB inbuilt storage which supports expandable storage via microSD card (up to 32GB). It sports an 8-megapixel camera at the back and a 13-megapixel front sensor. The rear camera comes with LED flash. The fingerprint scanner is located at the back. The handset supports 4G with VoLTE, and is backed by a 3000mAh battery.

The Xolo Era 3 features a 5-inch HD IPS display and comes with 2GB of RAM. There's 8GB inbuilt storage which is further expandable via microSD card (up to 32GB). The Era 3 comes with 5-megapixel cameras at the back and an 8-megapixel front camera. It is backed by a 2500mAh battery.