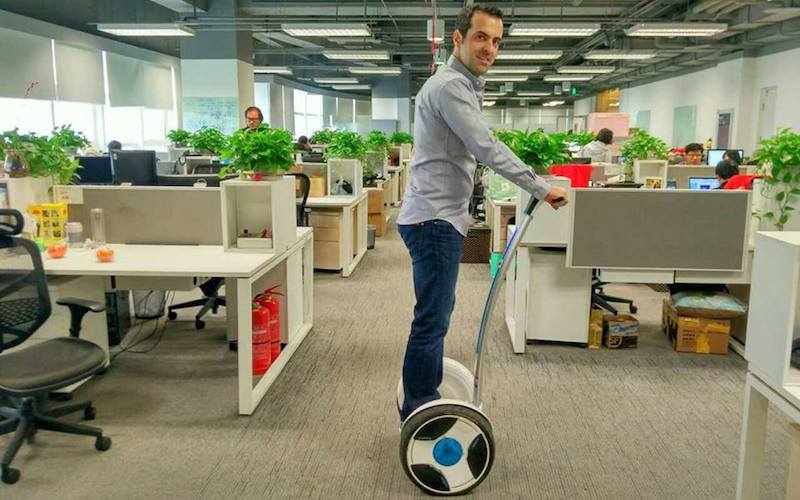 Hugo Barra, Xiaomi's Global Vice President, is leaving the Chinese smartphone brand to return to Silicon Valley after a three and a half year stint at the company. He had been the face of the company and played a crucial role in Xiaomi's growth as a prominent name in the highly competitive smartphone market. Before joining Xiaomi, Hugo Barra was the Vice President of Product Development for Android at Google.

The departure of Hugo Barra from Xiaomi will certainly be seen as a bad sign for the company by many. Although Xiaomi has hit some major milestones, increased competition, and growing global challenges lie ahead of it, and it's going to be interesting to see how it moves forward without Hugo Barra, who will be moving back to the Silicon Valley for a “new adventure”, transitioning out of Xiaomi in February.

Hugo Barra cited health as one of the reasons for leaving Xiaomi in the Facebook post announcing his departure. He wrote in the post, "What I've realized is that the last few years of living in such a singular environment have taken a huge toll on my life and started affecting my health." Hugo Barra added, "My friends, what I consider to be my home, and my life are back in Silicon Valley, which is also much closer to my family. Seeing how much I've left behind these past few years, it is clear to me that the time has come to return."

Xiaomi the most challenging adventure of Hugo Barra's life

In the post, Hugo Barra described Xiaomi as the greatest and most challenging adventure of his life, which involved moving to Beijing and building Xiaomi's global expansion as a startup team within a bigger startup. He pointed out something that any executive based in the "first world" needs to consider when looking at working in India or China.

Hugo Barra notes that Xiaomi is in a good place on its global expansion path, and that is why this is a good time to go back home. He said that India went from "a dream" into Xiaomi's "largest international market, with over $1 billion in revenues," and pointed out Xiaomi's expansion in Indonesia, Singapore, Malaysia, and more recently 20 other markets including Russia, Mexico, and Poland.

Xiaomi co-founder Bin Lin replied commented on Hugo Barra's Facebook post with, "When Hugo joined us 3.5 years ago, we started an amazing adventure to turn Xiaomi into a global player. We have come a long way since, and I couldn’t thank him enough for contributing so much to Xiaomi’s journey. As much as we would love to have Hugo stay with us in Beijing for a much longer time, we understand his personal challenges and wish him all the best in his future endeavors. I’m also looking forward to working closely with him in his new role as advisor to Xiaomi."

Bin Lin also wrote in the post that Xiang Wang, Xiaomi Senior Vice President, will lead the company's entire global efforts now. He said that Xiaomi has ambitious expansion plans for 2017 and is confident in Xiang's leadership to take our global business to greater heights.

The move comes at a time when Xiaomi is facing new challenges, and might have overextended itself. For the first time, the company has refrained from sharing its annual sales figures. In early 2015, had announced an ambitious goal of 100 million smartphones, but managed to rake in only 70 million sales figure by the end of the year. This mismanaged goal setting prevented it from announcing any such prediction figure last year, nor announce any sales number this year.

In his annual letter to employees, Xiaomi CEO Lei Jun mentioned that the company has grown too big. "In the first few years, we pushed ahead too fast. We created a miracle, but also drew on some long-term growth. So we have to slow down, further improve in some areas, and ensure sustainable growth for a long-term future," he wrote in his letter.

Here is the full text of the post Hugo Barra made:

THANKS FOR A GREAT 3.5 YEARS, MI FANS — When Lei Jun and Bin Lin came to me nearly four years ago with the opportunity to help turn a young rockstar startup into a global player, I embarked on what has been the greatest and most challenging adventure of my life. I moved to Beijing, 6,500 miles out of my comfort zone in Silicon Valley, to build from scratch a startup team within a bigger startup. This journey has been nothing short of spectacular in every way, and I can proudly say that Xiaomi Global is the first baby I helped bring into the world :)

But what I've realized is that the last few years of living in such a singular environment have taken a huge toll on my life and started affecting my health. My friends, what I consider to be my home, and my life are back in Silicon Valley, which is also much closer to my family. Seeing how much I've left behind these past few years, it is clear to me that the time has come to return.

As I thought about this late last year, I concluded that Xiaomi is in a very good place on its global expansion path, and if there was ever going to be a good time for me to come back home, that time is now — when I can confidently say our global business is no longer just an in-house startup. We turned India from a dream into Xiaomi’s largest international market with $1 billion in annual revenues, faster than any company in India's history. We expanded into Indonesia, Singapore, Malaysia, and more recently 20 other markets including Russia, Mexico, and Poland. We teamed up with Google to launch our first official product in the US, and with our successful debut at CES 2017 — where we won 3 prestigious awards — the world now sees that Xiaomi is a global player changing the tech industry through our simple promise of bringing innovation to everyone.

More importantly, we now have a team of some of the most remarkable and enthusiastic people I have ever worked with, and leaving them all behind is without doubt the most difficult part of stepping away. At the same time, I know I’ll be leaving them in very good hands. Xiaomi now has a strong, globally-minded executive team who will continue to drive the momentum we began together.

I want to thank the Xiaomi founders, and particularly our CEO Lei Jun, who has been a mentor and a friend. It has been both humbling and uplifting to work with a man whose vision is redefining the role technology plays in all of our lives, and the role the China tech industry plays in the world. As a friend and shareholder of the company, I am honored that he has been very supportive of my transition and has asked me to remain an advisor to Xiaomi indefinitely, as we continue to extend our reach around the world.

For me, as for many people in China, the Spring Festival brings new beginnings, and I will be transitioning out of my role at Xiaomi in February after Chinese New Year. I will take some much-needed time off before embarking on a new adventure back in Silicon Valley.

To my Xiaomi colleagues in China and India: as I leave our home in Beijing and Bangalore, please be assured that I will remain your loyal and grateful Mi fan 虎哥. I will be watching diligently from the sidelines and rooting for you guys all the way! And, of course, a very special shout-out to all our Mi fans around the world, who have won my heart for life!

I'll be seeing you,