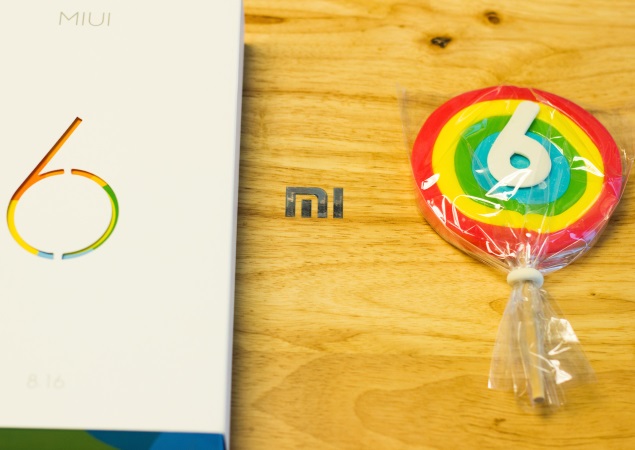 Xiaomi, as promised at the Mi 4 smartphone's launch, unveiled the next version of its MIUI user interface, MIUI 6, on Saturday at an event in Beijing, China.

The company, also referred to as 'China's Apple', defined the new Android skin as "the best MIUI ever." However, as numerous industry pundits have pointed out, the new MIUI version noticeably takes a lot of design inspiration from Apple's iOS 7 and the newly announced iOS 8 smartphone and tablet operating systems.

The Chinese handset maker announced that the MIUI 6 is currently in beta testing with over 1,000 beta testers; though the number is likely to grow up to 10,000 people by Friday.

The company announced that the MIUI 6 developer version will be open to the public by September and will be rolled out to as 'final upgrade' to select Xiaomi handsets by October. 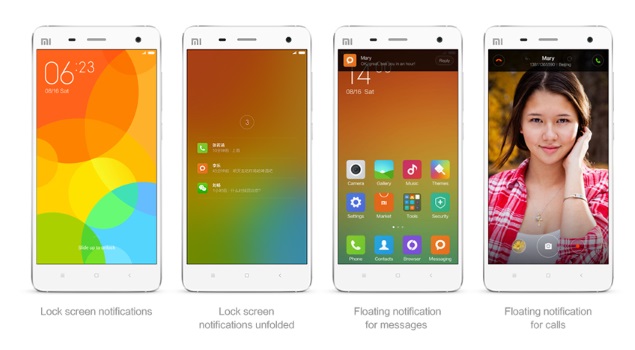 The Xiaomi will begin testing MIUI 6 on the Mi 2, Mi 2S, Mi 2A, Redmi 1S, and Redmi Note by the end of this year, and updates for these devices can be expected to be rolled-out by next year.

Some of highlight features that the MIUI 6 brings is a brand new design (in what the company calls 'Content is essence' philosophy) with flat app icons. The company said at the launch, "MIUI believes that content is the essence, and has put that belief in the design of MIUI 6." 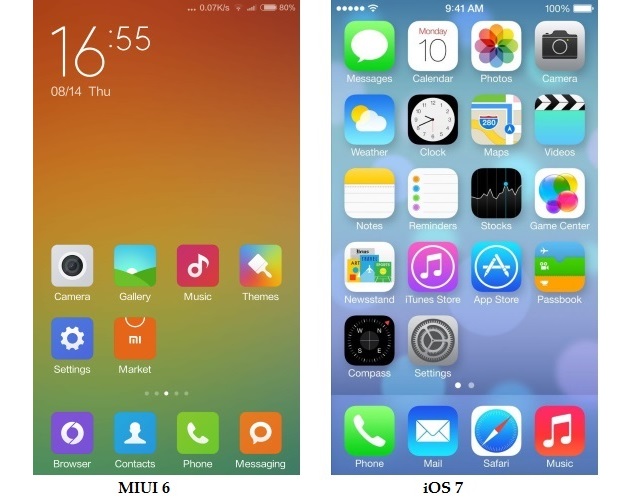 "MIUI 6 supports moving apps by holding on the app and switch screens. It has the most convenient icons organizing method, supports batch organize and delete icons," added the company.

MIUI 6 also brings a revamped camera app that will allow swipe down to switch between front and back camera, swipe left to launch menu panel, and swipe right to launch filters. The company has also re-worked the lockscreen notifications on MIUI 6, which will now appear as folded by default. 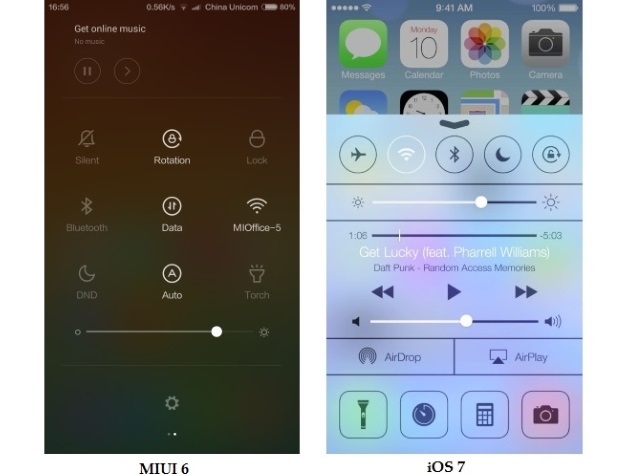 The new Android OS customisation adds a global search function feature that will allow users to place the search box anywhere on home screen, and even locate apps via it. Some other additions on the MIUI 6 include new Linux kernel and RAM optimisation techniques; new power-saving features to adjust the standby time of the device; 10GB free Mi Cloud storage space for storing images, contacts, messages, call logs and more, and the redesigned Mail app.

In addition to the iOS-styled flat icons and lockscreen notification on the MIUI 6, some of the app icons on the new MIUI appear to come straight from iOS 7 or iOS 8, like the calendar, compass, timer, and calculator.

What do you think of the new Xiaomi MIUI 6? Does it look like iOS 7? Let us know via the comments.