Xiaomi Details How Its Under-Screen Camera Technology Works, Honor Confirms It's Also Working on It

Oppo and Honor have also confirmed they are working on notch-less smartphones without motorised parts. 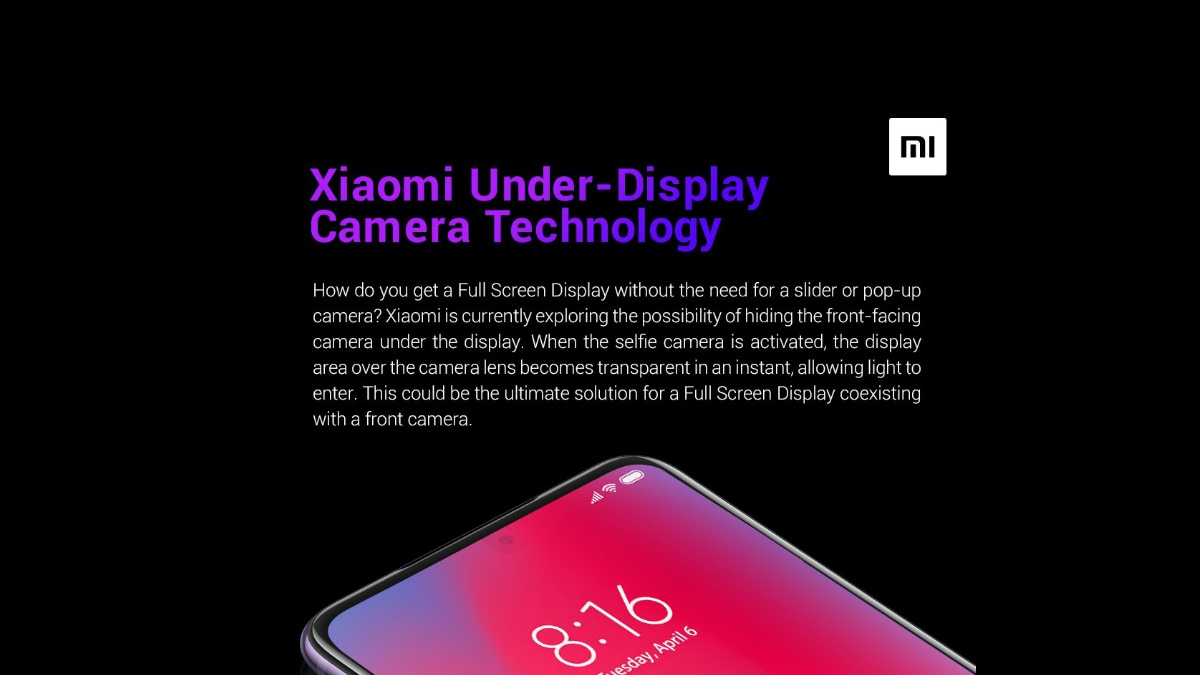 Xiaomi is working on an under-display camera technology

Xiaomi confirmed last week it is working on an under screen front camera that finally eliminates the need of a notch, a hole-punch, or even a pop-up slider. The camera hides underneath a special low-reflective glass that doubles up as a camera lens on top as well. This technology is still under works, and Xiaomi Senior VP Wang Xiang has now detailed on how this technology will work. He says that the ‘Xiaomi's Under-Display Camera Technology could be the ultimate solution for a Full Screen Display coexisting with a front camera'.

Xiang has tweeted several slides explaining how this under-display camera technology works. The company is working on a custom display that features a small transparent area made of a special low-reflective glass with high transmittance. When the selfie camera is activated, the display area over the camera lens becomes transparent in an instant, allowing light to enter. This could be the ultimate solution for a Full Screen Display coexisting with a front camera. When not in camera mode, the transparent display works like a normal one, allowing content to be displayed in full.

The display embedded camera combo allows more light into the lens, resulting in clearer and crisper selfies than the punch-hole solution, Xiang explains in one of his slides.

Oppo has also confirmed that it is working on a similar technology to enable notch-less smartphones without any motorised parts. Xiaomi first teased its under-display selfie camera earlier this month.

Honor President George Zhao has also confirmed in an interview with CNMO that the company is also working on an under-display camera of its own. He said that a prototype has been built, but they need to iron out some issues before it goes commercial. He didn't pin down on a timeline for the launch of the technology either.