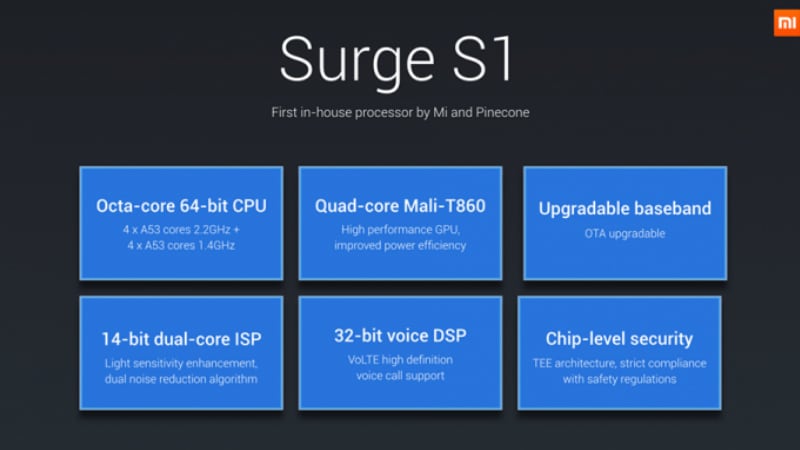 After many teasers, Xiaomi has finally launched their first in-house processor called Surge S1. The new Xiaomi Surge S1 octa-core processor is built on the 28nm process, and runs up to 2.2GHz. It has been integrated in the Xiaomi Mi 5c launched alongside, and the smartphone will be available only in China from March 3.

The Xiaomi Surge 1 SoC also comes with chip level security that protects data and unauthorised network access. Xiaomi said that it took only 28 months for the processor to be thought of, produced, and integrated into a smartphone on a large scale. The company even shared AnTutu, GeekBench 4.0 CPU multi-core benchmark and GFXBench Manhattan off-screen benchmark, showing off that the Surge S1 beats the Qualcomm Snapdragon 625 and MediaTek Helio P10 as well as P20 in performance on all three tests.