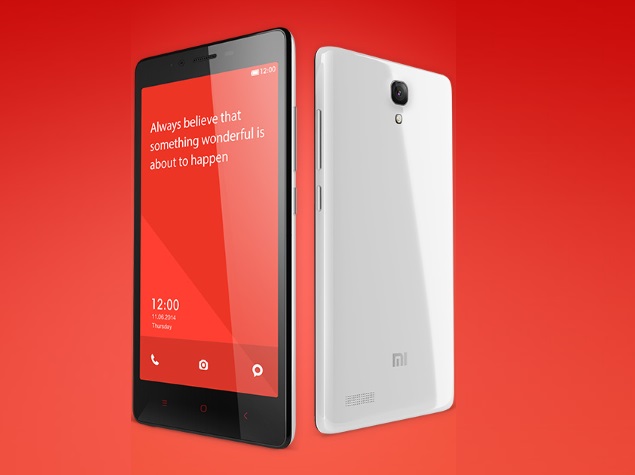 Flipkart, Xiaomi's exclusive online retail partner, has announced that the Redmi Note phablet, priced at Rs. 8,999, will go on sale early in India on December 1 exclusively for the first 5,000 Flipkart First subscribers who register. Additionally, Xiaomi, after success with its app store in China, has announced an international app store for developers in Hong Kong, Taiwan, and Singapore to upload their apps for wider use.

The Xiaomi Redmi Note will be available 6pm IST on Monday, one day prior to its India availability, only for the first 5,000 Flipkart First subscribers. The handset will go on sale for general public on December 2 [Tuesday] at 2pm IST. The smartphone will be automatically added to the cart of the first 5,000 Flipkart First customers who register for the handset's flash sale on Tuesday. 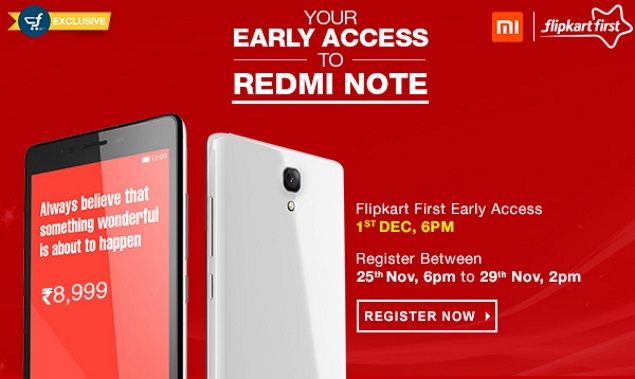 Interestingly, the company in September had also offered the Redmi 1S to select Flipkart First subscribers 1 day prior to the India launch of the handset.

The Xiaomi Redmi Note will be available only through flash sales starting December 2, just like the Xiaomi Mi 3 and Redmi 1S have been so far.

On Tuesday, the Redmi 1S went on sale in India via Flipkart for possibly the last time. The Chinese company on Monday launched the Xiaomi Redmi Note phablet alongside its 4G-LTE variant. The 3G Redmi Note would be sold through flash sales on Flipkart from December 2 onwards.

Xiaomi also promised Mi fans that the app store will be soon available in more countries, saying, "We promise that we will make this site available for Mi fans from other countries soon. Please stay tuned."