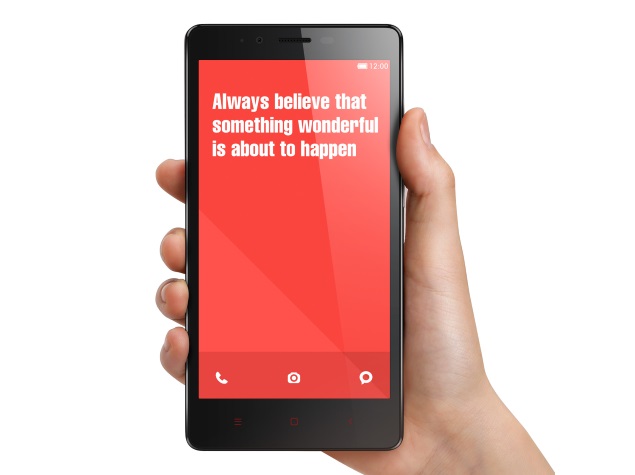 Xiaomi's Hugo Barra, Vice President of International Operations, had in October revealed that the new Redmi Note can be expected to launch in India within the next two months. It now seems the company is indeed gearing up for the Redmi Note India launch soon.

Hugo Barra on Thursday, while announcing the news on his Facebook page that it just took 40 seconds for 10,000 Xiaomi Redmi Note to go out of stock in Indonesia, also said, "Redmi Note coming to India next." Barra however has not revealed an exact date for the Redmi Note India launch.

Xiaomi, referred to as 'China's Apple', is also expected to launch its new flagship smartphone, the Mi 4, in India soon. In October Barra, on being asked about the launch of Mi 4, had said, "We don't have a date for Mi 4 yet. I am going to stick with what I said earlier which is still the plan -launch it late December 2014 or early January 2015. I don't think the Redmi Note would conflict with Mi 4 even if we launch them together."

The Chinese handset brand had initially showcased the Redmi Note back in July at the Mi 3 launch in India. The company at that time had claimed that the Redmi Note was scheduled for a late August entry into the Indian market; although that never happened.

The Xiaomi Redmi Note runs on Android 4.3 Jelly Bean with the MIUI v5 skin on top. It features a 13-megapxiel rear autofocus camera with LED flash, as well as a 5-megapixel rear-facing camera. It comes with 8GB of built-in storage along with microSD card expandability (up to 32GB). Connectivity options on the Redmi Note include GPRS/ EDGE, 3G, Wi-Fi 802.11 b/g/n with Direct and hotspot, Bluetooth 4.0, Micro-USB with OTG, and GPS/ A-GPS. The Redmi Note features a 3100mAh battery, weighs 199 grams, and has dimensions of 154x78.7x9.5 mm.