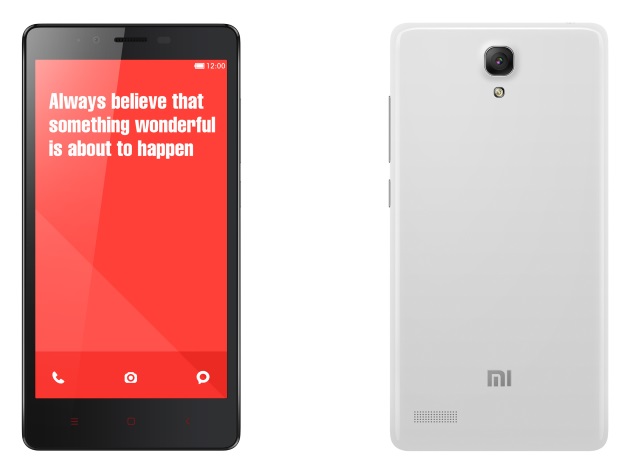 The Xiaomi Redmi Note will be available only through flash sales starting December 2, just like the Xiaomi Mi 3 and Redmi 1S have been so far. Customers will have to register for the first flash sale on Flipkart after 6pm IST on Tuesday, November 25. The company has not confirmed how many units will be put up for sale.

Xiaomi also revealed at the Redmi Note launch event, that it is planning to have more than 100 service centres operational in the country by next year.

Last week, the company teased the Redmi Note on Facebook, and sent out an official invitation to the launch event shortly thereafter. The Chinese company had initially showcased the Redmi Note back in July at the Mi 3 launch in India. Xiaomi had also announced at the time that the smartphone would be priced at Rs. 9,999.

Featuring dual-SIM support with dual standby, the Xiaomi Redmi Note is powered by a 1.7GHz octa-core MediaTek MTK6592 SoC featuring a Mali-450MP4 GPU, and coupled with 2GB of RAM.  It runs on Android 4.2.2 with Xiaomi's MIUI v5 skin on top.

The Redmi Note 4G runs on a quad-core 1.6GHz Snapdragon 400 CPU coupled with 2GB of RAM, and is a single-SIM device. It will come running Android 4.4.2 KitKat with the same MIUI v5 skin. Xiaomi has indicated that updates to Android 5 Lollipop will be available in the future, though no time frame was announced.

Both the Redmi Note and Redmi Note 4G feature 3,100mAh batteries with support for fast charging.

How to Turn Off In-App Purchases in Smartphones and Tablets
White BlackBerry Passport Up for Pre-Order; Red Variant Spotted Online Again