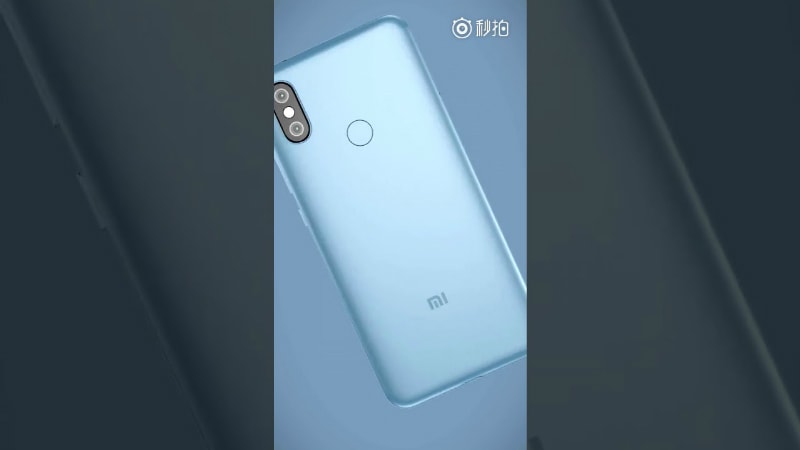 Xiaomi is all set to launch the Mi 6X mid-range smartphone in China at a launch event scheduled for April 25. With roughly a week to go for the official unveiling, rumours, leaks, and confirmations have outed almost everything there is to know about the Mi 6X smartphone, which will likely be rebranded as the Mi A2 in India. In a recent development, a seemingly official promotional video advertisement of the Mi 6X has surfaced online. Xiaomi is also said to be working on the Redmi S2 smartphone for India and China markets.

The video, uploaded on YouTube by a third-party channel (and not Xiaomi itself), and spotted by ITHome, gives us an 18-second look at the upcoming Mi 6X. From what little is revealed in the video, we can ascertain that the mid-range handset will resemble the Redmi Note 5 Pro in more ways than one. It sports a similar vertical dual rear camera setup and an 18:9 display fullscreen display. The shots shown in the video reveal four colour variants - Red, Black, Gold, and Blue. We can also expect a Rose Gold colour option to arrive at the launch event.

Talking about internals, the Xiaomi Mi 6X might sport a 5.99-inch full-HD+ (1080x2160 pixels) display with an 18:9 aspect ratio. The handset is said to be powered by a Qualcomm Snapdragon 660 SoC, coupled with 4GB/ 6GB of RAM and 32GB/ 64GB/ 128GB of inbuilt storage. The smartphone will seemingly run Android Oreo out-of-the-box with MIUI 9 in China and an Android One-branded variant (Mi A2) expected in markets including India. It will also feature a 2910mAh battery under the hood.

Analysts on How Apple's Strategy Is Hobbling the HomePod
Amazon Kicks Off Samsung 20-20 Carnival Sale, Offers Discounts on Galaxy A8+, Galaxy On7 Prime, and More