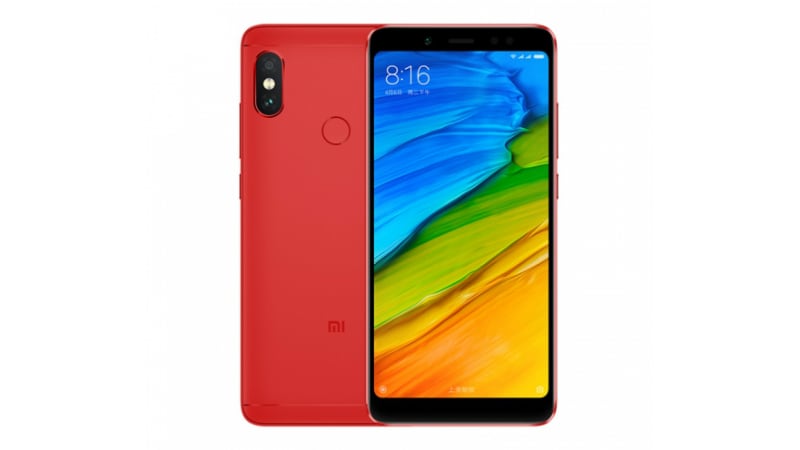 Xiaomi Redmi Note 5 Flame Red edition has been launched in China. The new red-coloured Redmi Note 5 model sits alongside the Rose Gold, Gold, Black, and Magic Blue colour options. It is already available in China with 4GB RAM and 64GB inbuilt storage. Notably, the Beijing-based company launched the standard Redmi Note 5 variants in the country in March with a starting price of Rs. 13,999. The smartphone looks identical to the Redmi Note 5 Pro that landed in India in February. However, there are some minor hardware-level changes between both models.

The Xiaomi Redmi Note 5 Flame Red edition price in China has been set at CNY 1,399 (approximately Rs. 14,500), as announced through a Weibo post.

The price is identical to the standard Redmi Note 5 with 4GB RAM and 64GB storage, as are the features and hardware.

Similar to the standard Chinese variant of the Redmi Note 5, the Redmi Note 5 Flame Red edition features a 5.99-inch full-HD+ (1080x2160 pixels) 18:9 display and runs Android-based MIUI 9. The smartphone is powered by a Qualcomm Snapdragon 636 SoC, coupled with 4GB of RAM. It has a vertical dual rear camera setup with a 12-megapixel primary sensor and a 5-megapixel secondary sensor. On the front, the handset has a 13-megapixel camera sensor with artificial intelligence (AI) and HDR for selfies and video calling.