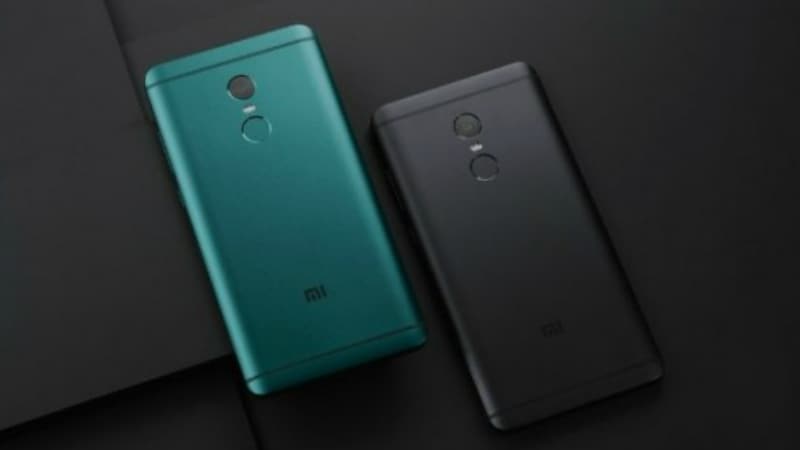 As teased earlier, Xiaomi is set to launch the Redmi Note 4X on Wednesday, and just ahead of the launch, a render of the upcoming smartphone has been leaked. The leaked Redmi Note 4X image shows that the beefed up version of the Redmi Note 4 sees no design change on the outside, except perhaps a new colour variant.

Playfuldroid shared the leaked render image, and it pretty much cements the fact that the Xiaomi Redmi Note 4X sees only internal upgrades. The image reveals a new Green colour variant alongside the Black colour variant as well. The back of the device looks exactly like the original variant, with similar camera and fingerprint placement, and the antenna lines on the top and bottom chin. This image could well be of the Redmi Note 4, but there's no way to prove its credibility as of now.

Xiaomi had earlier confirmed on its Weibo page that Redmi Note 4X will be launched on February 8, and will go on sale on Valentine's Day i.e. February 14. The smartphone has been leaked on many occasions in the past, and it is pegged to feature a 5.5-inch full-HD display, be powered by a 2GHz deca-core CPU, thought to be the MediaTek Helio X20 SoC, though other countries including in India may see launch of a Snapdragon 653 SoC variant. Earlier Xiaomi Redmi Note 4X leaks suggest that it will pack 4GB of RAM, though 2GB and 3GB RAM variants will also be offered. Inbuilt storage variants include 16GB, 32GB and 64GB, with microSD storage expansion (up to 32GB).

The Xiaomi handset may sport a 13-megapixel rear camera, a 4000mAh battery, and a fingerprint sensor at the back. Dimensions of Redmi Note 4X are expected to be at 151x76.3x8.54mm, making it slightly wider and thicker than the Redmi Note 4 (151x76x8.3mm). It weighs in at 176.54 grams, slightly more than the Redmi Note 4's 175-gram weight, and tipped to run Android 6.0 Marshmallow. The device is set to launch in China only for now, and there's no clarity on when it will arrive in international markets.