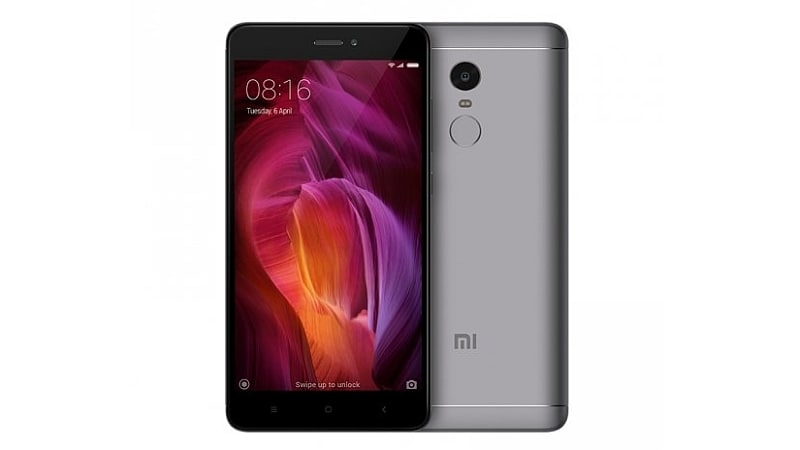 Xiaomi Redmi Note 4 was left off the list of smartphones getting the MIUI 9 build based on Android 7.0 Nougat when the list was released earlier this month. Now, however, a Flipkart teaser has confirmed the popular smartphone - which was also the highest selling smartphone in India the past quarter - is getting Android Nougat.

The Flipkart page for the Big Xiaomi Redmi Note 4 Sale on August 2 includes towards the bottom a banner saying the Android Nougat update for the handset is coming "very soon." When contacted, a Xiaomi spokesperson said said they cannot confirm whether the phone will get Nougat. However, Gadgets 360 has learnt the Android Nougat build for RN4 is in beta phase at the moment. On the Flipkart listing page for the handset too, Android Nougat is mentioned as "upgradable operating system," though the version number has not been made clear.

In terms of specifications, Xiaomi Redmi Note 4 sports a 5.5-inch full-HD (1080x1920 pixels) display. The smartphone is powered by Snapdragon 625 SoC coupled with memory variants of 2GB, 3GB, and 4GB of RAM. The handset comes with a 13-megapixel primary rear camera and a 5-megapixel camera at front. The smartphone houses a massive 4100mAh battery.

In Costly Silicon Valley, Case of Facebook Contractor Who Lives in a Car
Five Science Fiction Books Releasing in August 2017