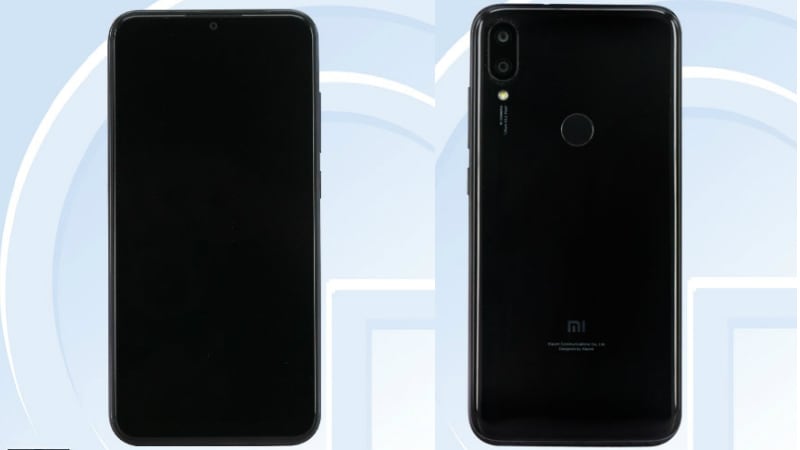 Xiaomi Redmi 7 Pro is tipped to pack a 2,900mAh battery

Last week, the Xiaomi Redmi 7 series was alleged to have passed through 3C certification, and now the Redmi 7 Pro has apparently passed through TENAA as well, tipping specifications and design details. The smartphone is seen sporting a waterdrop-shaped notch, a dual camera setup at the back, and a rear fingerprint sensor as well. Specifications tipped include a 5.84-inch display, and a 2,900mAh battery. To recall, all three models have been tipped to come with 4G LTE support and 5V/2A charging that could translate into 10W charge support.

The TENAA listing states that the new Xiaomi variant with model number M1901F9T will come in a glossy black variant, and sport a waterdrop-shaped notch, just like other mid-range smartphones from Vivo and Oppo recently. Photos shared on TENAA, as mentioned, show a dual rear camera setup and a rear fingerprint sensor as well. The camera setup is stacked vertically and protrudes fairly out of the shell, and is seen protected by a silver ring. The volume and power buttons are situated on the right edge of the device.

The 3C listing showed three new Xiaomi smartphones carrying model numbers M1901F7E, M1901F7T, and M1901F7C. These are largely expected to be the Redmi 7 series models -Redmi 7A, Redmi 7, and Redmi 7 Pro - successors to the Redmi 6 family that debuted in June this year.

It is worth noting that all Redmi 6 models launched this year internally carried model numbers beginning with "M18". The new models spotted on TENAA and 3C certifications all begin with "M19", lending more weight to the claim that these are indeed the new Redmi 7 series variants in the offing. Xiaomi could unveil the new variants early 2019.