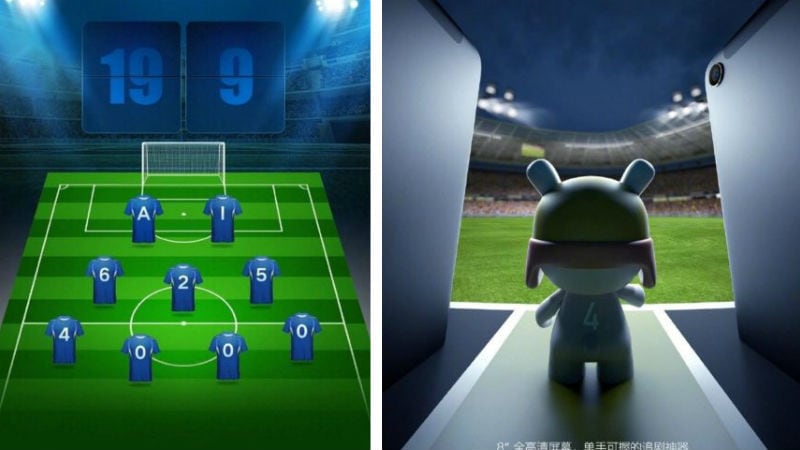 Xiaomi has confirmed that the Redmi 6 Pro and Mi Pad 4 will be made official next week, on June 25. The Chinese manufacturer had launched its latest smartphones - Redmi 6 and Redmi 6A - last week in China. While there were three variants of the Redmi 6 expected at the event, the Chinese manufacturer gave the Pro model a miss. However, as per the latest teasers from Xiaomi, the company will launch the new handset in the market soon. Additionally, Xiaomi has also teased the unveiling of the much-awaited Mi Pad 4 tablet. Both the devices have been spotted in a few leaks for a quite some time now.

Following the footsteps of Mi 8, Mi 8 SE, and Mi 8 Explorer Edition, Xiaomi's Redmi 6 Pro could be company's first Redmi handset to include an iPhone X-like notch. Xiaomi, in a post on Chinese microblogging site Weibo, posted a teaser of the upcoming Redmi 6 Pro. In the image, we can clearly see the numbers 19 and 9, indicating the presence of a notched display with a 19:9 aspect ratio.

While the teaser posted by Xiaomi does not reveal too many details regarding the specifications of the Redmi 6 Pro, the image does mention the letters 'A' and 'I', suggesting that the smartphone will be equipped with some AI-based features. Finally, the image contains another set of numbers - 4,0,0,0 - that could be an indication that the Redmi 6 Pro may pack a 4000mAh battery. While the numbers 6,2,5 are also mentioned, it's unlikely that the company will use the Snapdragon 625 SoC, and is probably pointing to the launch date.

It is expected that the Redmi 6 Pro will be the same smartphone as the one with model number M1805D1SE that got certified by TENAA. As per the listing, the handset will feature a 5.84-inch full-HD+ display with 19:9 aspect ratio, and a dual rear camera setup. It is expected to come in 2GB/ 3GB/ 4GB RAM variants with 16GB/ 32GB/ 64GB inbuilt storage respectively. In terms of optics, there is a 12-megapixel primary sensor at the back and a 5-megapixel camera at the front.

Coming to the Mi Pad 4 teaser, Xiaomi has again not revealed too many details beyond saying it would have an 8-inch full-HD display, making the tablet easy to hold. It has confirmed that the tablet would have a single rear camera as was rumoured in the past. The confirmation came in the form of teaser posted on the company's Weibo account.

According to a previous report that had leaked some of the specifications of the Mi Pad 4, the upcoming Mi Pad 4 is claimed to be powered by a Qualcomm Snapdragon 660 SoC and sport a 6000mAh battery. According to the camera configuration files, the Mi Pad 4 might sport a 13-megapixel OmniVision OV13855 sensor with f/2.0 aperture. On the front, there is expected to be a 5-megapixel Samsung S5K5E8 sensor with f/2.0 aperture.