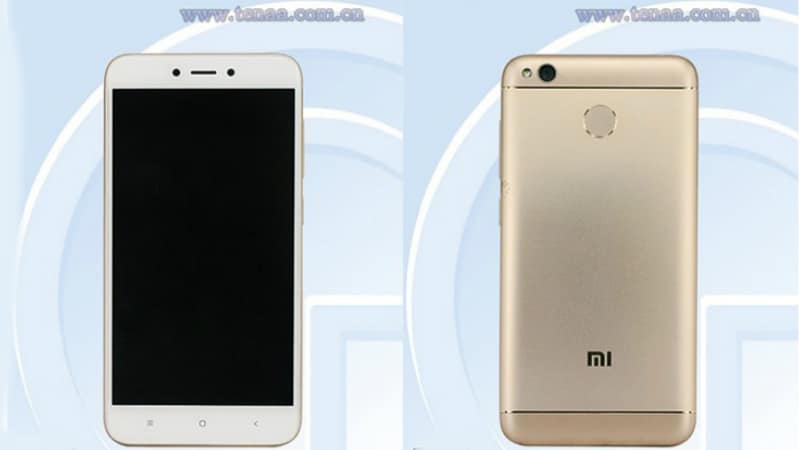 Xiaomi recently unveiled the Redmi Note 4X smartphone in China, and now a new Redmi smartphone has been leaked on the Tenaa site. The smartphone with model number MAE136 has passed through the Chinese certification site. Chinese media claims that the device listed could be the Redmi 5 smartphone.

Xiaomi Today reports that the Tenaa listing provide a glimpse at the Redmi 5 smartphone design and key specifications. The device is seen sporting a metal build with rounded edges, and a fingerprint sensor at the back. The camera is placed on the top edge with the flash sitting beside it, while the Xiaomi Redmi 4 had the camera placed top centre. Capacitive navigation buttons sit below the display in the front, while volume and power buttons sit on the right edge.

As for the specifications, the Redmi 5 is tipped to feature a 5-inch display, and pack a 4000mAh battery. It is expected to support dual-SIM functionality, and the dimensions allegedly measure at 141.3x69.6x8.9mm. Apart from this, nothing else has been revealed about the device as of yet.

A few speculate that this could just be the Redmi 4X smartphone, as Xiaomi is known for releasing many variants of a device before unleashing the successor. The Redmi 4X will sit comfortably next to the recently released Redmi Note 4X in the Xiaomi portfolio. However, this is all just speculation and the upgraded design seen in the Tenaa listin means this could well be the Redmi 5 smartphone.

While other tech giants like Nokia, Samsung, and Motorola are gearing up for the MWC 2017, Xiaomi has decided to skip it entirely. This could be because of the delay in launch of the Xiaomi Mi 6 smartphone. Samsung Galaxy S8, which is also tipped to sport the latest Snapdragon 835 chipset, is set to be the first device to launch with the SoC. This means that other manufacturers have to either compromise with an older SoC or delay the launch of their devices.