Xiaomi Redmi 5, Redmi 5 Plus With 18:9 Displays Officially Unveiled Ahead of Thursday Launch 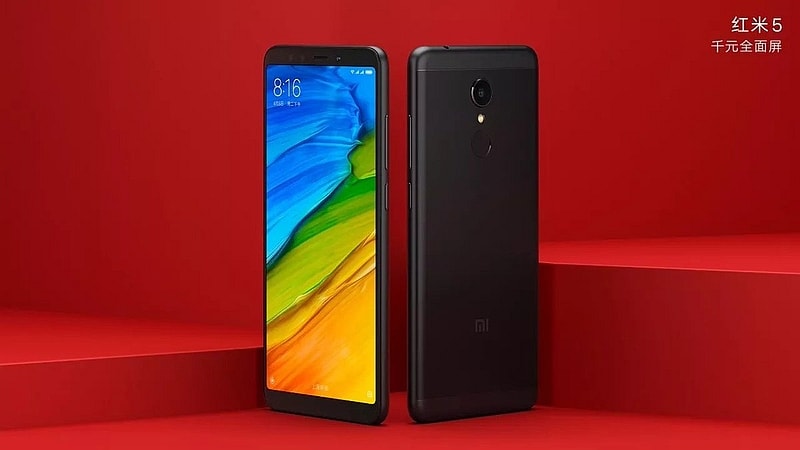 Xiaomi Redmi 5 and Redmi 5 Plus are due to launch in China on Thursday. Ahead of that launch, Xiaomi global spokesperson Donovan Sung has shared four images of the smartphones on Twitter, giving us a sneak preview. The images reveal the design of the Redmi 5 and Redmi 5 Plus, which can be seen to sport 18:9 displays, no hardware capacitive buttons, and a rear fingerprint sensor. To recall, last week, the Redmi 5 was reportedly spotted on Chinese telecommunications certification site TENAA, and if that listing is correct, we have a fair idea of the smartphone's specifications. Its price was also leaked in a separate report.

In his Twitter post, Sung says, "Is everyone ready for the all-new Redmi 5 and Redmi 5 Plus? We're launching these two new devices in China on Thursday Dec 7. Giving everyone a sneak preview!" As we mentioned, the images shared by Sung show the smartphones from all angles, and we can see a taller than usual 18:9 display, the lack of hardware capacitive buttons for navigation, and the presence of a rear fingerprint sensor below the flash module.

There appears to be no visible design difference between. Instead, the differences can be expected to lie in the specifications.

Once again, as we mentioned, alongside the launch announcement last week, the Xiaomi Redmi 5 was reportedly spotted on the site of Chinese telecommunications certification authority, TENAA. The smartphone is listed to sport a 5.7-inch HD+ (720x1440 pixels) 18:9 display, and like other bezel-less display, we can expect a much smaller phone form factor in relation to display size compared to what we see on traditional 16:9 displays.

The TENAA listing also shows what's thought to be the Redmi 5 to run on a 1.8GHz octa-core SoC, which is speculated to either be the Snapdragon 450 or Snapdragon 625 - this latter seems less likely, as the Redmi 4 sported a Snapdragon 435 SoC and the company can be expected to follow through with another Snapdragon 400-Series processor.

The purported Redmi 5 listing on TENAA mentions three RAM options - 2GB, 3GB, and 4GB - as well as three storage options - 16GB, 32GB, and 64GB - which can be expected to correspond in individual SKUs. Storage is said to be expandable via microSD card (up to 128GB). The smartphone is listed with a 3200mAh battery - significantly smaller than the Redmi 4's 4100mAh offering. It is said to sport 12-megapixel rear camera and a 5-megapixel front camera. Dimensions are listed as 151.8x72.8x7.7mm, and a weight of 157 grams. The smartphone is listed to run Android 7.1.2, tipping an MIUI 9 build out-of-the-box. The fingerprint scanner can be seen on the rear panel.

Slashleaks also corroborates the Redmi 5 listing, with its own matching leaked renders and specifications. It adds a CNY 1,399 (roughly Rs. 13,600) price, and claims the first sale will be on December 10.