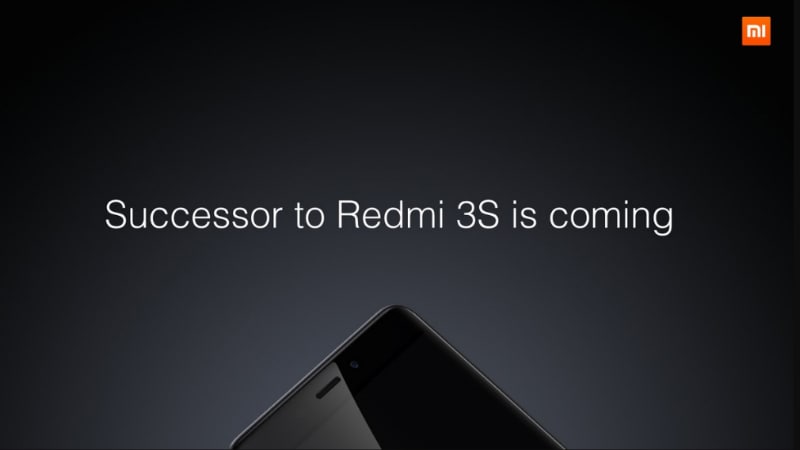 Xiaomi launched the Redmi 4A smartphone in India on Monday, and priced it at Rs. 5,999. Soon after, Xiaomi confirmed that the successor of the Redmi 3S and Redmi 3S Prime will be launched in India as well, indicating the imminent launch of the Xiaomi Redmi 4 and Xiaomi Redmi 4 Prime.

Xiaomi India's VP Manu Jain along with Redmi India tweeted the teaser image, and it shows the curved glass display seen on the Redmi 4 launched in China last November. The Redmi 4 is priced at CNY 699 (roughly Rs. 6,900), while the Redmi 4 Prime was launched at CNY 899 (roughly Rs. 8,900).

The cheaper Xiaomi Redmi 4A launched today will be available exclusively via Amazon India and Mi.com from 12pm IST, Thursday. The Xiaomi Redmi 4A will be available in Dark Grey and Gold colour options starting Thursday on the two sites, while the Rose Gold model will go on sale via Mi.com from April 6. The Redmi 4A does not sport a fingerprint sensor at the back, and sports a 5-inch HD (720x1280 pixels) display, a 1.4GHz quad-core Snapdragon 425 SoC, 2GB of RAM, 13-megapixel rear camera, 5-megapixel sensor, 16GB of inbuilt storage, and a 3120mAh battery.