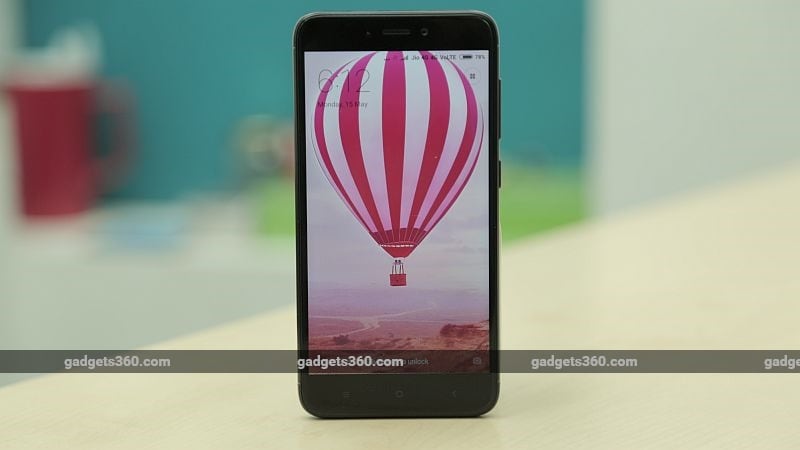 Xiaomi Redmi 4 has been launched in India, as widely expected, at an event in New Delhi. However, unlike the model that was unveiled in China, this model is powered by the Snapdragon 435 chipset, making it closer to the Redmi 4X that was launched in Xiaomi's home market in February. The brand is releasing three Redmi 4 variants in India, with nearly identical specifications except changes in configuration based on RAM and internal storage. All three variants will be available in Matte Black and Elegant Gold colour options.

Bengaluru-based shoppers have it good, as the smartphone will be available from 9am IST on Saturday, May 20 via the newly launched Mi Home in the city. Users will be able to pre-book the smartphone on Mi.com, and pick it up on launch day from Mi Home. The pre-booking begins today. The pre-booking amount is Rs. 1,000, and it guarantees a unit will be available at the Mi Home store - if it goes out of stock, a F-Code will be provided for redemption on Mi.com.

Xiaomi is touting several features on the Redmi 4 smartphone. These include App Lock (password and fingerprint locks for apps), Second Space (allowing multi-account profiles), and Dual Apps (allowing users to utilise two different WhatsApp accounts simultaneously). Special beta preview of Android Nougat-based MIUI will be available to users out-of-the-box. The infrared sensor on board allows the smartphone to be used as a universal remote control.