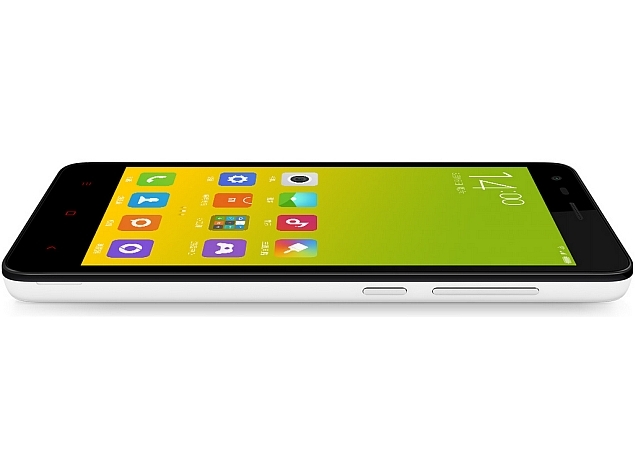 Xiaomi India has launched the successor to the Redmi 1S, the Redmi 2, priced at Rs. 6,999. The Xiaomi Redmi 2 will be available via its first flash sale on March 24, and customers can register for it on Flipkart starting 6pm on Thursday. It will be available in White and Grey colour variants, with the former available initially.

Considering the Xiaomi Redmi 2's price tag, it is likely to get an enthusiastic response similar to its predecessor Xiaomi Redmi 1S, and it will be interesting to see how well the smartphone performs in the market that now has a lot of competition in sub-Rs. 10,000 segment. Xiaomi says between 30,000 and 50,000 units will be made available in the first flash sale.

The dual-SIM dual-standby Xiaomi Redmi 2 sports a 4.7-inch IPS display with HD (720x1280 ppi) resolution and 312ppi, same as the predecessor Redmi 1S. The smartphone will be layered with company's own MIUI 6 skin over Android 4.4 KitKat. The company is also touting 4G dual-SIM functionality, where both SIM card slots support 4G networks.

Initially announced in January, the Redmi 2 runs on a 64-bit 1.2GHz Qualcomm Snapdragon 410 processor (Cortex-A53) coupled with 1GB of RAM and Adreno 306 GPU. The 2GB of RAM and 16GB built-in storage variant, being called a limited edition by the company, will be launched at a later date, and no pricing has been revealed.

As for the camera, the handset includes the same 8-megapixel rear camera along with a 2-megapxiel front-facing camera, which is a slight bump from 1.6-megapixel seen on the original Redmi 1S. The Xiaomi Redmi 2 houses 8GB of inbuilt storage, which can be expanded via microSD card (up to 32GB).

The budget smartphone also features regular connectivity options including Wi-Fi, Bluetooth, and GPS besides 4G LTE (TDD/FDD) network support for both bands in India. The Xiaomi Redmi 2 is backed by a 2200mAh battery, again a bump from 2000mAh battery on the Redmi 1S. The device weighs 133 grams and is 0.5mm thinner than its predecessor at 9.4mm.