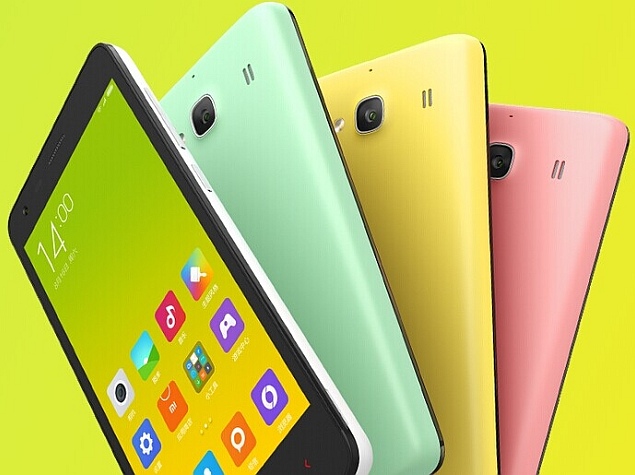 Xiaomi on Sunday finally launched the much-anticipated successor to the Redmi 1S, the Redmi 2. The new entry-level smartphone will go on sale in China starting January 9 and is priced at CNY 699 (roughly Rs. 7,100). The Redmi 2's availability details outside China remain undisclosed for now, but it can be expected to be made available in India and Indonesia shortly.

The dual-SIM dual-standby Xiaomi Redmi 2 sports a 4.7-inch IPS display with HD (720x1280 ppi) resolution and 312ppi, same as the predecessor Redmi 1S. The smartphone will be layered with company's own MIUI 6 skin over Android 4.4 KitKat.

The Xiaomi Redmi 2 runs on a 64-bit 1.2GHz Qualcomm Snapdragon 410 processor (Cortex A53) coupled with 1GB of RAM and Adreno 306 GPU. As for the camera, the handset includes the same 8-megapixel rear camera along with a 2-megapxiel front-facing camera, which is a slight bump from 1.6-megapixel seen on the original Redmi 1S.

The Xiaomi Redmi 2 houses 8GB of inbuilt storage, which can be expanded via microSD card (up to 32GB). The budget smartphone also features regular connectivity options including Wi-Fi, Bluetooth, and GPS besides 4G LTE (TDD/FDD) network support.

Available in five colour variants - Yellow, Pink, Green, White, and Black, the Xiaomi Redmi 2 is backed by a 2200mAh battery, again a bump from Redmi 1S' 2000mAh battery. The device weighs 133 grams and is 0.5mm thinner than its predecessor at 9.4mm.