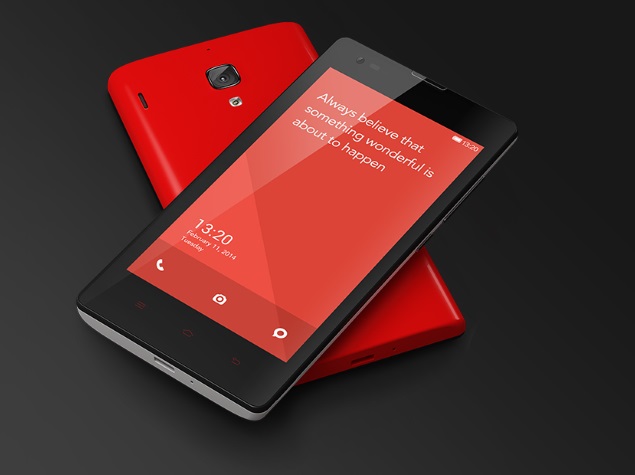 Xiaomi has announced that the ninth flash sale of the budget Redmi 1S will see 1,00,000 units going on sale on November 4. The Chinese handset maker revealed the number of units on Twitter.

http://t.co/RWHbtGl1QN - 1 lakh Redmi 1S will be available next Tuesday (4 Nov). Don't miss it! Help us RT? Thanks!! pic.twitter.com/2yqQzKYRSO

The next flash sale on Tuesday will kick off at 2pm IST on Flipkart for registered users. Notably, the flash sale will see up to 1,00,000 Redmi 1S units going on sale, an increase of 40,000 units compared to the last flash sale that saw 60,000 being made available.

Interestingly, Xiaomi was touting the Redmi 1S' next flash sale on Twitter and said, "Haven't been able to get your hands on Redmi 1S? Fear not, something special is coming your way on 4th November!"

It's worth mentioning that the company did not announce the time taken for the Redmi 1S to go 'out of stock' in the last two flash sales, which might be a sign of fading demand for the Xiaomi Redmi 1S, after the first six flash sales saw thousands of smartphones being snapped up in seconds.

The Flipkart registration page notes that only one smartphone will be available for sale per email ID and also advises users to log in at least 2 hours before the flash sale begins.