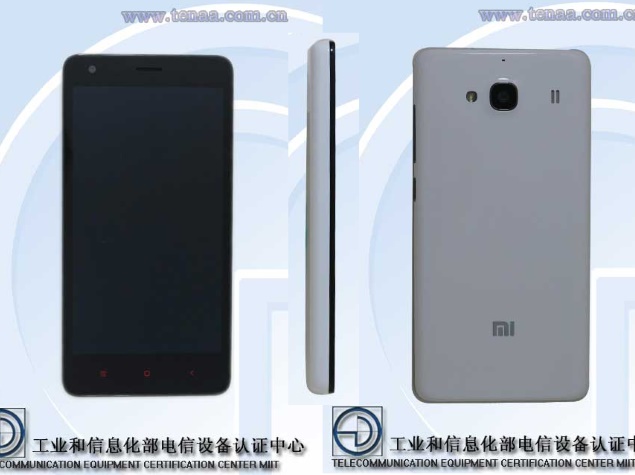 A Xiaomi device has been spotted in Tenaa certification listings on Wednesday, a 4.7-inch smartphone expected to be launched soon.

Due to similar screen size the the Xiaomi Redmi 1S (Review | Pictures), the 4G smartphone on Tenaa which is listed as 'Millet 2014811' (translated from Chinese) is speculated to be the Xiaomi Redmi 2, or possibly the 4G variant of the Redmi 1S, just like Xiaomi Redmi Note 4G (First Impressions).

From the looks, the unannounced Xiaomi handset listed on Tenaa appears to be very similar to the Xiaomi Redmi 1S, with similar old-school design, but there are few changes in terms positioning. The camera LED flash and speaker grill at the back has been repositioned. Also the front three capacitive buttons appear different in the Tenaa images.

Most of the specifications of the listed Xiaomi smartphone match the Redmi 1s specifications, except that the smartphone has toned down processor from quad-core 1.6GHz Qualcomm Snapdragon SoC, a better front camera from 1.6-megapixel, latest Android OS, and 4G LTE connectivity.
Comments