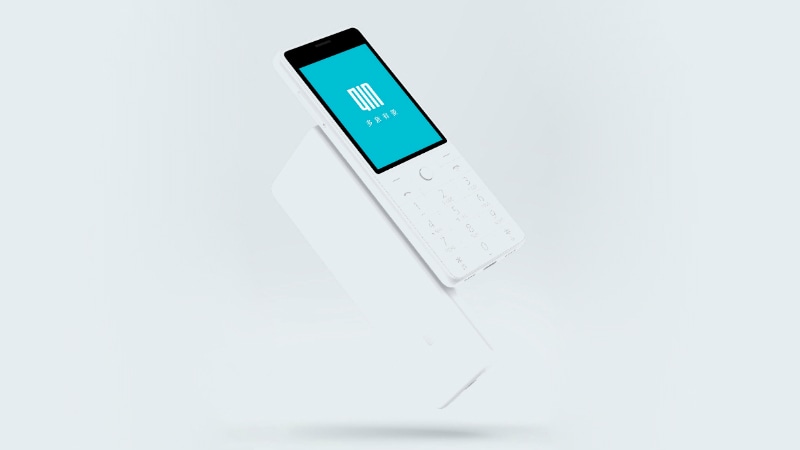 Xiaomi Qin1 and Qin1s have debuted in China with real-time voice translations and optional 4G support.

While it gained popularity for bringing affordable smartphones, Xiaomi has now brought a couple of new feature phones called Qin1 and Qin1s. The Chinese company has launched the new handsets under the Youpin crowdfunding platform. Unlike a traditional feature phone that comes with basic telephony and messaging support, Xiaomi's Qin1 and Qin1s offer advanced features, including real-time multi-lingual voice translation support that is backed by artificial intelligence (AI) and machine learning. The Qin1s variant that supports 4G connectivity. Both variants are presently available for funding at CNY 199 (approximately Rs. 2,000). The launch is interesting at a time when 4G feature phones are doing extremely well in markets like India - to put that in perspective, the Jio Phone is reported to have taken a 27 percent share of the mobile handset market in India in Q2 2018, as per a CyberMedia Research (CMR) report. It's not known whether the newly unveiled Xiaomi feature phone will make it to India, but if it does, it certainly will have some competition.

The Xiaomi Qin1 and Qin1s are currently on pre-orders on Youpin in China at CNY 199 (roughly Rs. 1,990), while their shipments will begin from September 15. The handsets come in Black and White colour options.

Xiaomi has provided a real-time translation feature as the USP on the Qin1 and Qin1s that supports as many as 17 languages. The phones are touted to offer machine learning-based translations. Also, there is a built-in infrared (IR) blaster that transforms the phone into a universal remote and enables the controlling of TVs, air-conditioners, set-top boxes, and other home devices. The handset also has a USB Type-C port - something rarely seen in a feature phone.

The Xiaomi Qin1 and Qin1s both have a 2.8-inch QVGA (240x320 pixels) IPS display and pack a 1480mAh battery that is rated to deliver up to 15 days of standby time or 420 minutes of talk time on a single charge. Unlike smartphones that commonly found with touchscreen support, the Xiaomi phones have a T9 keypad for inputs along with a D-Pad for navigating menu options. The feature phones also have an alarm clock and weather report functionality. Furthermore, both measure 132x53.8x8.5mm.

The dual-SIM (Nano) Xiaomi Qin1 runs Nucleus and is powered by a dual-core MediaTek MT6260A SoC, coupled with 8MB of RAM and 16MB of onboard storage. The handset has Wi-Fi, Bluetooth v4.2, and a USB Type-C port on the connectivity front.

The 4G variant that dubbed the Qin1s, on the other hand, runs Android-based MOCOR5 and has a dual-core Spreadtrum SC9820E SoC, paired with 256MB of RAM and 512MB of storage. The phone has 4G VoLTE, Wi-Fi, Wi-Fi Hotspot, Bluetooth v4.2, GPS, and USB Type-C.