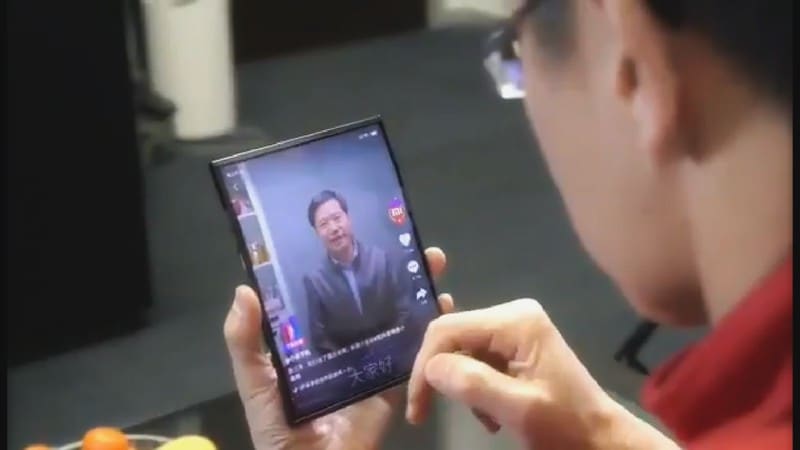 The first live look at Xiaomi's foldable smartphone was shared on Weibo by Xiaomi President and Co-Founder, Lin Bin, and was later tweeted by Donovan Sung, the global spokesperson of the Chinese company. The video shows a device with very thin bezels whose chassis can be folded from the left and right edges to switch from tablet mode to smartphone mode. The foldable smartphone appears to flaunt a glossy finish on the rear panel and looks impressively compact and thin even when it is folded. Talking about the foldable smartphone, Xiaomi's president revealed that the company has employed a four wheel drive foldable shaft technology and a foldable display to achieve the form factor, adding that it is the world's first smartphone with a double-folding design.

Check out this special video from #Xiaomi President and Co-founder Bin Lin, showing off a very special phone prototype... 😎

What does everyone think we should name this phone? 🤔#InnovationForEveryone pic.twitter.com/1lFj3nM7tD

Moreover, the foldable smartphone runs a modified version of MIUI which automatically optimises the screen content while users shift between the mobile and tablet mode. Bin's description of Xiaomi's upcoming offering on Weibo claims that the foldable smartphone is coming, but he later added that it was still in the testing phase with the company's engineering team. But more importantly, he mentioned that if the concept gains traction and generates enough interest, the company will consider launching it as a mass device.